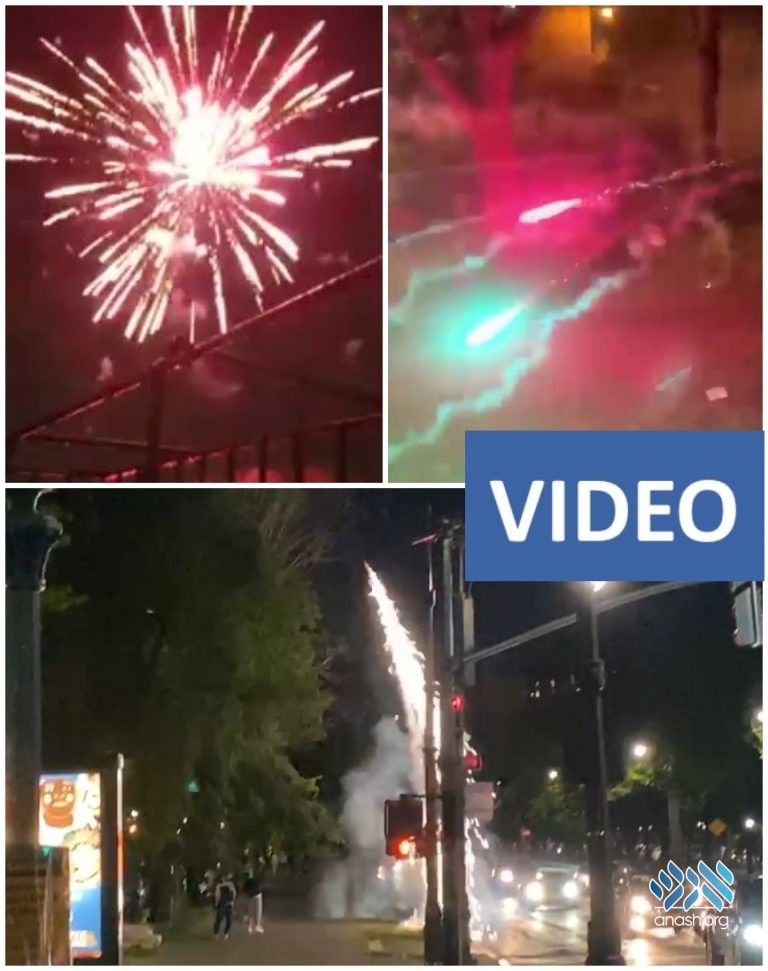 Nightly fireworks in Crown Heights and neighboring communities are keeping residents up and scaring children. The NYPD and the City of New York seem to be ignoring the illegal acts.

The streets of Crown Heights have been anything but quiet the past few weeks, as fireworks have been set off nightly, with no interference and no end in sight.

The fireworks have been taking place nightly for the past few weeks, sometimes starting in middle of the day and continuing into the wee hours of the morning. The constant gunshot-sounding explosions are scaring many residents and preventing them from sleeping.

“I myself cannot fall asleep for many long hours,” one Crown Heights resident told Anash.org. “My children? They are scared to be in their room alone.”

Videos circulating on social media show the total lack of response by the NYPD, with patrol cars passing by the individuals setting off the fireworks and continuing to drive, without any attempt to stop them.

Calls to 311, 911, and the 71st Precinct go unanswered, even in cases when residents are attacked by the ones setting off the fireworks.

“I was walking on Eastern Parkway one night, when a group of teenagers aimed a firework at me and shot it,” a resident told Anash.org. “Thankfully I was uninjured, by when I called the 71st, it took three hours for them to get back to me.”

When asked about the fireworks that had been taking place for weeks, Mayor Bill de Blasio responded as if it was his first time hearing there was a problem.

“I am very surprised by this, honestly,” the mayor said, in response to a reporters question.

“I could hear plenty of fireworks from Gracie Mansion [the Mayor’s residence] last night, but couldn’t tell where they were coming from,” he said. “This is definitely a phenomenon I’m not used to seeing this early before July 4th but I will be happy to find out what is going on.”

Brooklyn Boro President Eric Adams and Councilman Robert Cornegy said that they want the City to deploy additional resources to crack down on the nightly display. On Sunday afternoon, the pair asked the City to use ‘Cure Violence’ groups to respond to fireworks complaints. Law enforcement, they say, must investigate the source of the fireworks.

Since the beginning of June, the city received more than 1,700 complaints to 311 about illegal fireworks, with the majority coming from Brooklyn. That’s more than 80 times the total number of complaints over the same period in 2019.