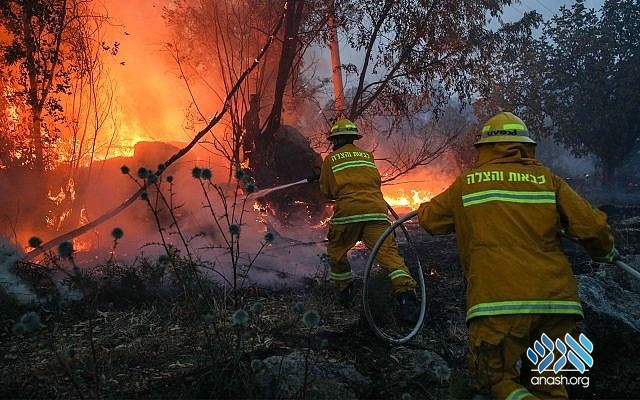 Thirteen firefighters and volunteers were treated for smoke inhalation, but there were no physical injuries reported. About 8,000 dunams of forest area were lost, as were 50 homes – 40 in Mevo Modi’im and 10 in Kibbutz Harel. All 12 of Israel’s firefighting planes were on duty nearly around the clock, spraying water at the periphery of fires to prevent them from spreading. An additional five planes participated, provided by Egypt, Cyprus, Greece, Croatia and Italy.

There was one death in the fires that swept the country – that of three-year-old Elazar Prizat, z”l, who died after being evacuated from his family’s home in Tzfas. The cause of that fire is being investigated. Magen David Adom treated several dozen people for smoke inhalation.

Firefighters said that the situation could have been worse; most Israelis respected orders not to light fires outdoors, which could have led to more fires. Firefighters also appealed to local and regional authorities to trim natural growth, which, due to the heavy rains Israel experienced this year, was greater than in most years.