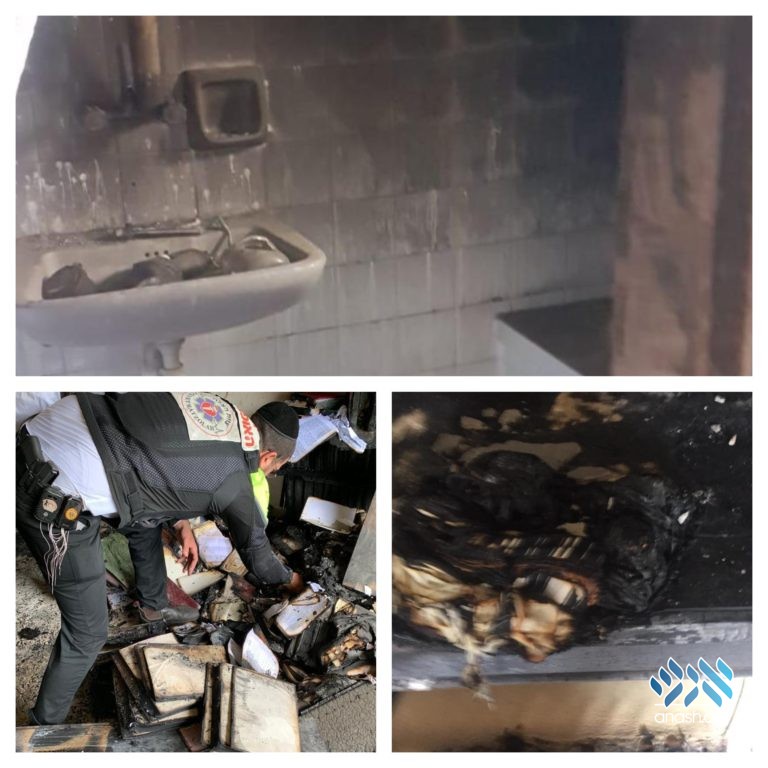 Life was normal for Yerushalayim residents Yossef and Goula Mardoukh until one fateful Friday when they awoke at 5:00 am to the sound of shattering glass. Between the heavy burning smell and the cloud of fog blurring their vision, it soon became apparent that their apartment was on fire.

Baruch Hashem they escaped with their children, ages 3 and 2, unscathed. They found themselves on the street in their pajamas, completely covered in ash. After spending Shabbos in the hospital for treatment they were pronounced healthy and released to go home. Unfortunately, they had no home to return to.

As they are recovering from the trauma, the Mardoukh family have a new reality to face. Besides for having lost everything that they ever owned, they owe an insurmountable amount of money in damages. The insurance attorney who has examined their case has discovered that it is an unusual one, and that they will not be able to claim a dime.

The Mardoukhs are left completely liable for the property damage, totaling $75,000 owed to their landlord and neighbors plus a loss of $50,000 in personal belongings.

A Charidy campaign has been set up to help the family recoup their losses. To participate, click here.