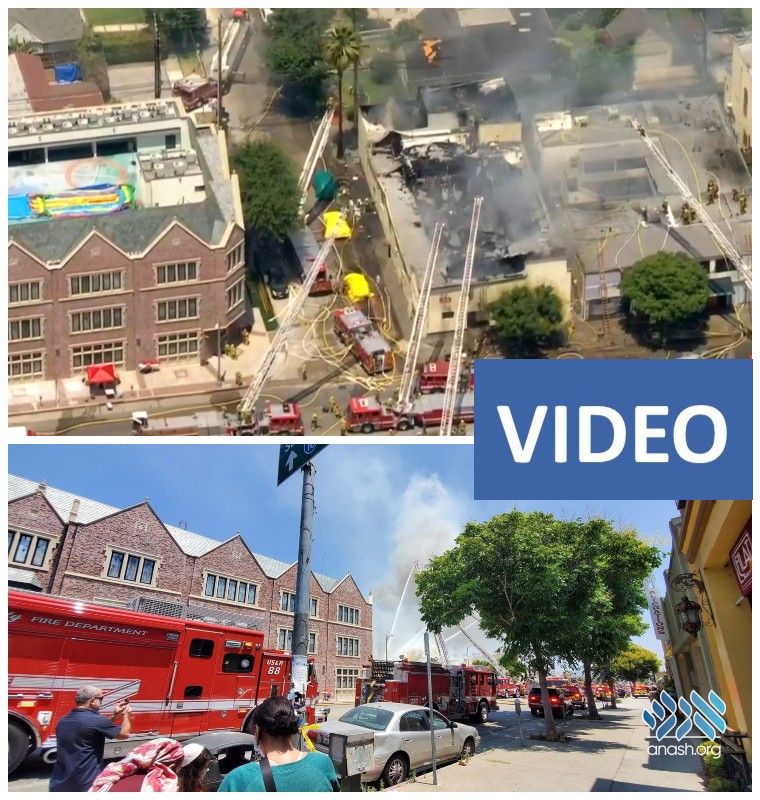 A huge commercial fire partially destroyed a building right across the street from Bais Chaya Mushka School in Los Angeles. The school building did not sustain any damage.

A large fire in the heavily Jewish Pico-Roberston neighborhood gutted a building feet away from a Chabad school, but no injuries were reported and the school did not sustain any damage.

Around 12 p.m. on Friday, July 24, a huge commercial fire broke out at the 9000 block of West Pico Boulevard in the Pico-Robertson neighborhood of Los Angeles.

The fire broke out at 9041 West Pico Boulevard, which appears to be for lease but has a Pico Bais Midrash sign on the front of the three to four story building. According to KTLA, students were evacuated from a nearby school.

Bais Chaya Mushka, a Chabad day school for girls, is across the street from the building. Firefighters were seen exiting the roof and building as the fire reached “Greater Alarm” status. The school building was not damaged by the fire.