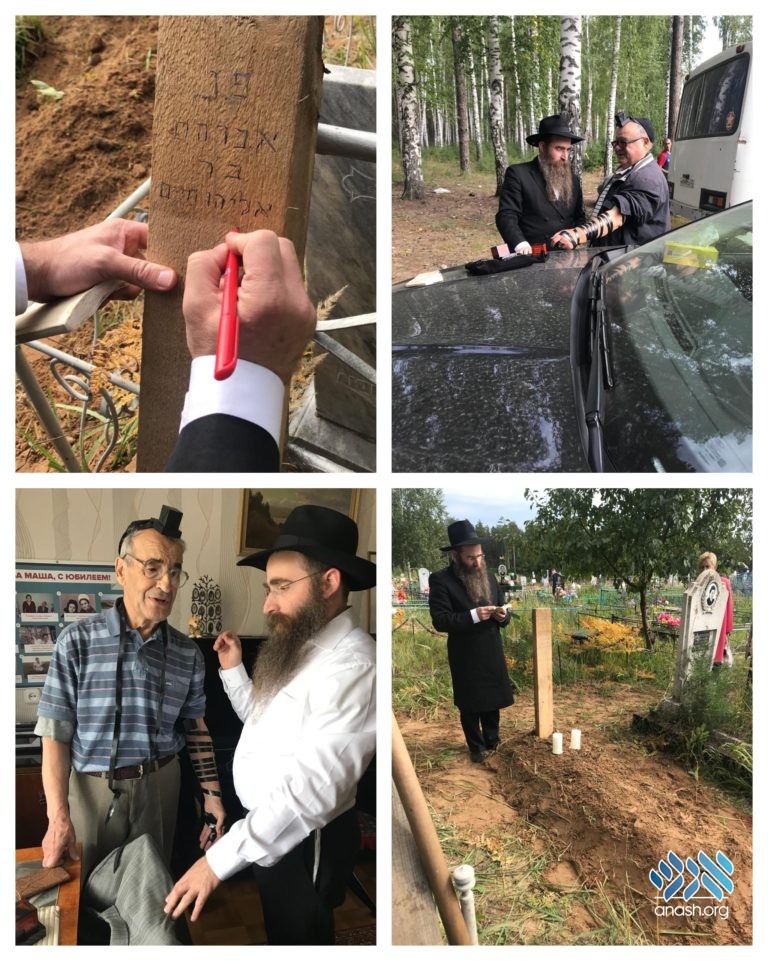 Today I experienced something that shook me to the core. Something out of this world. When I retrace my steps and think about what happened, I feel like I was in a different universe.

A meeting with neshamos.

It all began with a message I received a week ago about a woman whose father was on his deathbed and she’s looking to speak with me. The 50-something woman tells me that her father is Jewish and she wants that when he dies that somebody like me is there at the funeral. They live in a small town over 100 miles away from Kazan – I’ve never heard of that town. I assured her that when the time would come I’d come to the levaya.

She asked some questions about Jewish customs and I answered her.

Three nights ago I receive a call that her father passed away. Being that he was in the hospital, it would take a few days until they would bring him home. The funeral was scheduled to be on Thursday.

Immediately after shachris, me and my son set out on the three-hour trip, through towns and villages in the vast expanse of this country, Russia.

I arrived in this town – population 30,000. The Russian people that live here came to pay their last respects to the deceased. They let me pass when they saw me. We said a few kapitlach Tehillim and we set out or the cemetery.

Just before getting into my car again I asked if there were any Jews here. Immediately they pointed at two people, one an older fellow, and the other a bit younger. I introduced myself and asked permission of the older man to visit him at home after the levaya – it was difficult for him to make the trip to the cemetery.

At the funeral I hear the stories of how Jews arrived here. There’s a large munitions factory here and Jews served in high places at the factory.

Then they tell me that the niftar’s name was Avrohom ben Chayim Eliyohu Gorodish. His mother was Altshuler from home. His uncle’s name was Zalman ben Leib Posner. There’s another Jew named Kishner, and the elderly man was Leib ben Yitzchok Liberov.

BeKitzer, Kishner, who was born in Homel (Gomel) – where Reb Eizel Homlier was from – put on tefillin with me, the first time in his life, and Leib Liberow put on tefillin for the first time as well – at 82 years old! I’m speaking to them but I don’t realize where I am. I’m in a small town in the middle of nowhere.

But Jewish neshamos shine here too.