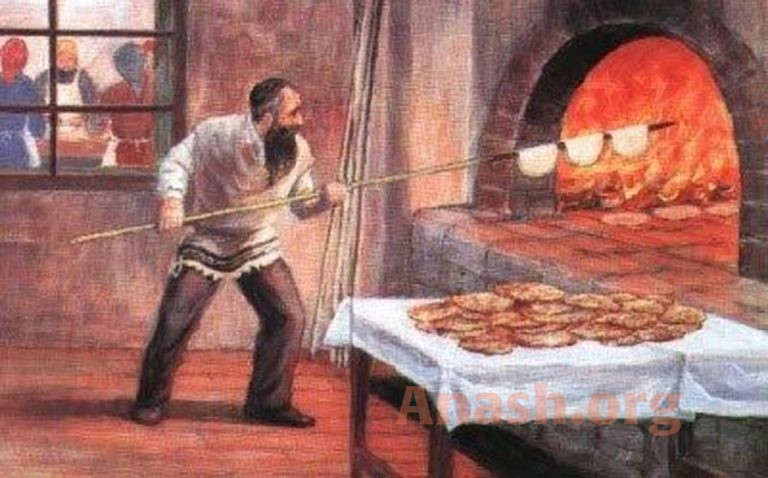 The song is basically true.

It was the night of the 15th of Nissan, in the year 2448 from creation. Following nine plagues and the announcement by Moses of their immediate redemption, the Jews were all celebrating their Seder, knowing that they would be leaving Egypt the following day. The Torah describes what happened next:

And Pharaoh arose at night, he and all his servants and all the Egyptians, and there was a great outcry in Egypt, for there was no house in which no one was dead.

So he called for Moses and Aaron at night, and he said, “Get up and get out from among my people, both you, as well as the children of Israel, and go, worship the L‑rd as you have spoken.”

Rashi, quoting the Midrash Mechilta, explains that Pharaoh himself was a firstborn, and it was only he who was spared from the plague. His son, however, wasn’t spared. Pharaoh arose from his bed in a panic and went to his servants’ houses to wake them up. Then Pharaoh went around to the doors of the houses of the city and cried out, “Where is Moses staying? Where is Aaron staying?”

Yalkut Shimoni goes into more detail: Pharaoh went into every market and called into the night, “Where is Moses, and where does he live?” and the children teased him, saying, “Pharaoh, where are you going?” He would respond, “I’m looking for Moses!” and they would mock him and say, “He lives here!” Pharaoh thus went from home to home until he found Moses and said, “Get up and get away from among my people!”

Moses said to him: “Are we thieves that we should steal out during the night? Also, G‑d has said that ‘no one should go outside the door of their house all night!”

Pharaoh said to him: “Will you please get up and leave!”

When Moses asked him why he was so desperate for them to leave, Pharaoh explained: “Because I am a firstborn, and I am afraid I may die.”

Moses said to him: “Do not be afraid of dying. You are destined for something greater than this.

“Do you want to remove this plague from upon you?” Moses continued, “Then say, ‘You are now free people! You are now servants of the Holy One Blessed be He!’ ”

Pharaoh began shouting, “Until now you were my slaves; now you are free! You are in your own control! You should praise your G‑d that you are His servants!”

Nachmanides says that Pharaoh’s coming to Moses’ home was the ultimate fulfillment of what Moses had previously told him: “And all these servants of yours will come down to me and prostrate themselves to me, saying, ‘Go out, you and all the people who are at your feet,’ and afterwards I will go out.” (Rashi explains that he was being respectful to Pharaoh by saying “your servants” and not “you,” although that is what ended up occurring.)

Following this conversation, Moses sent messengers to the Jews of Goshen telling them that they were permitted to leave. All the Jews then gathered in Ramses, and from there they marched out triumphantly with Moses at their helm.

This whole story is fascinating on many levels. On the most basic level, there is a deep sense of justice when your erstwhile tormentor is running around the streets begging for mercy.

On a deeper level, this tale reminds us how all the events in our life are from G‑d. G‑d can transform our situation instantly from rock-bottom to jubilation. He can turn around the circumstances of our life so quickly that the same reality that screamed “exile!” can now proclaim “redemption!”

So while the song simply provides some delightful imagery for preschool-aged kids, it is sourced in traditional texts and the metaphor is much deeper. We often think that our situation is unredeemable and unlivable. This story reminds us how, with the blink of an eye, the Pharaohs of our lives, the tyrants within our environment and within our psyche, can scream from the rooftops: “Until now you were my slaves; now you are free! You are in your own control! You should praise your G‑d that you are His servants!”