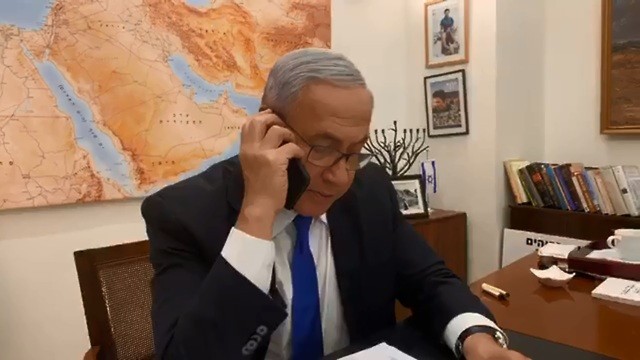 Facebook gave in to pressure from the Israeli Left by shutting down his chatbot on Tuesday, Prime Minister Benjamin Netanyahu said.

In a video he posted to social media, Bibi said that the chatbot was the Likud’s way to talk to party supporters and that Facebook had used a “five-kilo hammer” to crush the Likud.

Netanyahu said that while stood up to many types of pressure, Facebook had been unable to withstand left-wing pressure to shut down the bot, which it took offline following accusations that it had been sharing polling data in violation of Israeli election law.

A Facebook representative told the Jerusalem Post that the social media platform worked with national elections commissions worldwide to help preserve the purity of the electoral process and that the platform’s rules required developers to comply with all election laws in the countries where their apps were available.

The Netanyahu chatbot was re-instated early Tuesday evening after Netanyahu promised that its activity would comply with election law.