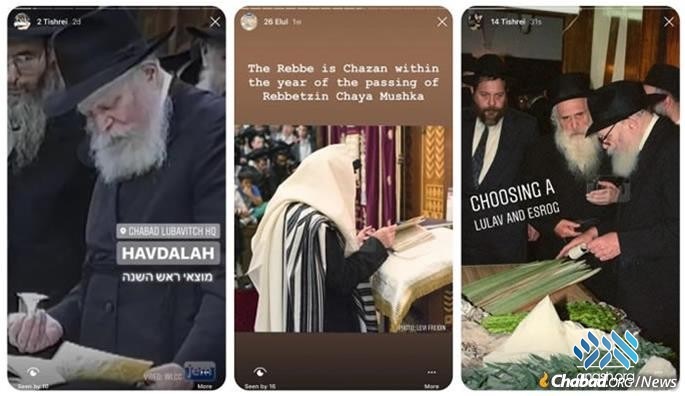 JFK Airport, 1988. The noise and bustle of the crowded airport would be overwhelming for some. Not so for 18-year-old Sholom, for whom the chaos seems to beckon, inviting him into a new and enchanting journey. Hours of traveling and exhaustion don’t hold him back from feeling the sense of uplifted energy and personal belonging as he steps out of the taxi onto Eastern Parkway.

Chabad-Lubavitch World Headquarters at 770 Eastern Parkway during the month of Tishreiis the focal point of inspiration during the time of year when the Jewish people come ever-closer to G‑d in awe and in joy through the special mitzvahs of the season.

It is a building where the pulse of the Jewish people seems to beat in its entirety as Jews from all walks of life and every part of the globe take in the energy and pure joy of being with the Rebbe who uplifts all those present who gather to hear his profound Torah teachings; to see first-hand how he serves G‑d by performing the mitzvahs of the season—blowing the shofar on Rosh Hashanah, waving the lulav and etrog during Sukkot, dancing with the Torah on Simchat Torah—and to have their own mitzvahs enhanced as a result; to experience his gaze, the wave of his hand and his very presence.

The morning Shacharit prayer service is just about beginning, and Sholom finds his place. Craning his neck to see past the vast sea of black hats, he looks towards the door through which the Rebbe will momentarily enter, thus officially beginning his 30-day journey of growth and spiritual insight. The scene is exquisite: rich with emotion, feelings of anticipation, thick with excitement, upbeat and joyful. It’s a scene he’d love to share with his family and friends back at home. If only he’d be able to broadcast these precious moments to the world, if only to give them a glimpse. He takes out his phone and films the scene, capturing the moment just as the Rebbe enters. Two clicks, and the video is shared with thousands. His journey and ours have officially begun.

Obviously in reality, Sholom didn’t whip out his 1988 smartphone, but we can see what would happen if he did and virtually relive the experience of being with the Rebbe. The broad awareness and global participation that would have resulted had Sholom been able to simply broadcast his experience on social media would have been truly remarkable. The above scene blurs the border between the 1980s, and today is part of JEM’s “Tishrei In the Moment.”

“Tishrei in the Moment” aims to make the experience of Tishrei with the Rebbe relatable, engaging, far-reaching and interactive. This creative project intends to share the profound experience of being by the Rebbe during the month of Tishrei in a “real time” technologically current manner.

Bringing 1988 into the Present

Users of WhatsApp and Instagram can easily follow Sholom B.’s journey through Tishrei 1988 as videos are posted throughout the month in a live “story.” For many people who experience the world through social media, it’s very effective in bringing the story to life.

“Audience expectations and sensibilities continue to change, and we need to keep bringing the Rebbe to new audiences in fresh and innovative ways,” explained Rabbi Elkanah Shmotkin, executive director of JEM. “In fact, I think this experience will end up engaging our core audience in new ways as well. Beyond the act of watching a 2D video, this medium enables a more raw and immersive experience.”

Shalom’s “experience” is based on actual footage, photos, diary entrees and personal accounts from Tishrei 5749 (1988), which have been thoroughly researched and edited by the JEM team.

The historical accuracy, detailed accounts and nuanced moments are genuinely engaging. Many videos are shown not as a professionally polished video, but are rather spontaneous, raw and intimate—trademarks of an Instagram “story.”

“Countless people have thanked us for this project and have shared how it has impacted their month of Tishrei,” says Ezra Wiemer, director of the “Tishrei in the Moment” project. “The feedback we’ve received from subscribers has been overwhelming. In the words of some of our participants: ‘Feeling a real connection. Stunning project, I’m enjoying every moment! The most incredible thing I’ve seen on Instagram EVER. Thank you for sharing this with us here! I keep checking for updates! This is addicting; it’s so real.’”

“Directing this project has also been tremendously inspirational for me personally,” says Wiemer, who is in his 20s and grew up in Wisconsin. “Since I never got to experience a Tishrei with the Rebbe, I definitely have been able to connect in a new way through our fictional character, Sholom B. Through my research and preparing the material each day, I’ve grown to appreciate the Rebbe in a more personal way. Through the videos, I’ve been able to see how the Rebbe invested countless hours in each individual and the Jewish people as a whole, literally day in and day out.”

Follow “Tishrei In the Moment” into the four walls of 770, from which the uplifting energy of the Rebbe permeated the entire year, providing spiritual nourishment to all those present—nourishment they would eventually share with their respective communities around the world.

“‘Tishrei in the Moment’ has it all, packaged in a captivating way, presenting the Rebbe in a language young people can connect with and in the style they are comfortable with,” says Wiemer. “What we have created is engaging, cool and talks to everyone. Everyone who watches it is sure to be inspired.”