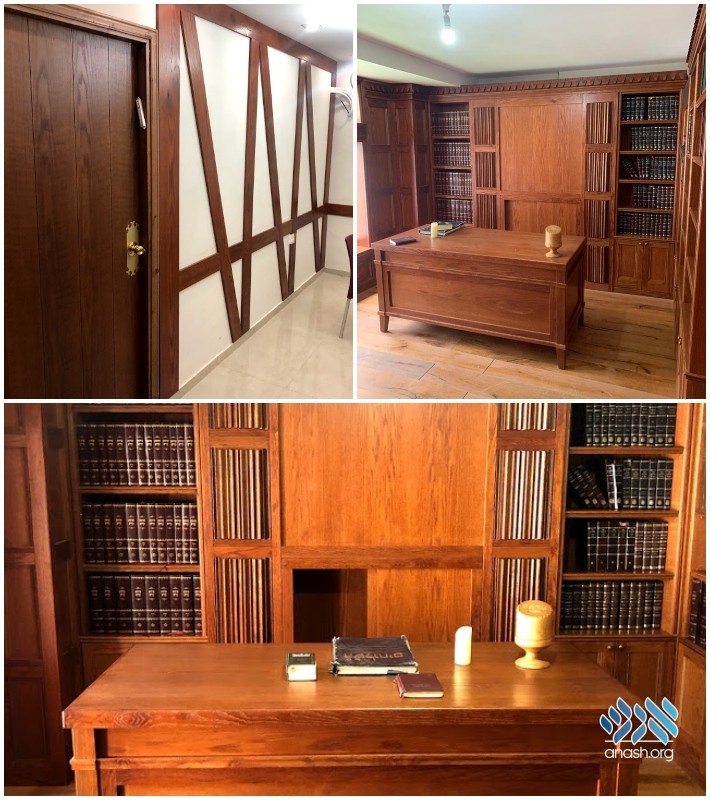 The Chabad House in Mitzpeh Ramon, Eretz Yisroel, built to resemble 770, took it one step further and built an exact copy of the Rebbe’s room.

The Chabad house in Mitzpeh Ramon is one of the many in Eretz Yisroel built to resemble Chabad World Headquarters at 770 Eastern Parkway in New York. Recently, they took the resemblance one step further and built a copy of the Rebbe’s room.

The shliach, Rabbi Tzvi Slonim, said that he had wanted to build the copy of the Rebbe’s room ever since he completed his ‘770’. He got the idea from similar copies made in 770 in Kfar Chabad and in Ramat Shlomo, Yerushalayim.

He was finally able to fulfill his dream after he met Aryeh Lipsker, a Lubavitcher carpenter, who had happened to pass by his Chabad house, and when seeing a ‘770’ walked in to check it out. The shliach told the carpenter about his idea, and Aryeh agreed to take on the project.

After a few months of building, the ‘Rebbe’s room’ was completed during these past few weeks. The shliach immediately utilizing the room to bring community members and offer them a chance to daven.