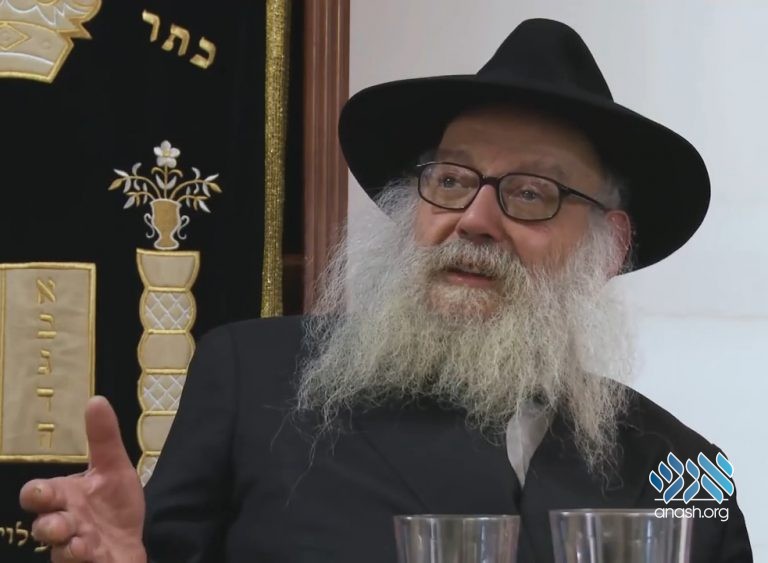 The Rebbe once said that the Friediker Rebbe told him that he was in the Rebbe Rashab’s room, and the Rashab had a stack of letters he had received over the course of the previous months.

He was leafing through them and reading all the names of the people who sent them to him. Occasionally, I noticed that my father would say something quietly. That happened for a while. Then, he left the letters on the table.

Understandably, I was curious what had transpired, but I felt it was disrespectful to ask.

My father intuitively realized my concern, and he explained: “from time to time, it’s important to find out the wellbeing of my Chassidim the world over. When I pick up a letter of one of my Chassidim and read his name aloud, I can see what is happening in his life.”

I told my father that I noticed how he occasionally paused to say some words in an undertone. He said: “Yes. When I read the names of several Chassidim, I saw that those Chassidim were in need of a particular Brocha, so I davened to Hashem to fulfill that which he’s lacking.”

The Friediker Rebbe told the Rebbe: “Chassidim are unaware of the incredible love which father had for his Chassidim, that טרם יקראו ואני יענה – “before they call out, I answer.”

A few years after the Nesius, the Rebbe brought out to his Mazkirim all the letters he had received during these first years. He requested us to organize the names of all of the family members – the father’s name, mother’s name, and the children’s names – alphabetically, on index cards. We also received a small file box to put the cards into.

When we were done, we gave the Rebbe the box, and it remained permanently on the Rebbe’s desk. At the time, we didn’t understand the purpose of the task, but after hearing the above-mentioned story from the Rebbe, it became clear to us that the Rebbe too davens for every Jew.

I had an uncle, Rabbi Yehuda Chitrik, a”h, who learned in the original Tomchei Tmimim in the city of Lubavitch. He passed away at the age of 106. Fresh after Gimmel Tammuz 1994, he came into my office, sat down on a chair, and began to cry like a little child.

“There is not one chossid who can evaluate or draw comparisons between one rebbe and the next. But there are certain blatant things that one can’t ignore. The Rebbe Rashab said maamarim every week, but rarely farbrenged with his chassidim – only on Simchas Torah, Yud-Tes Kislev and Purim. The Friediker Rebbe held more farbrengens. But our Rebbe farbrenged all the time!

“But that’s not why I’m crying. The Rebbe Rashab was aloof from his chassidim. The Friediker Rebbe was a bit closer, but still maintained a certain distance. Our Rebbe, it’s not just that he was close to us, he was our father, our mother, our brother, our sister…”