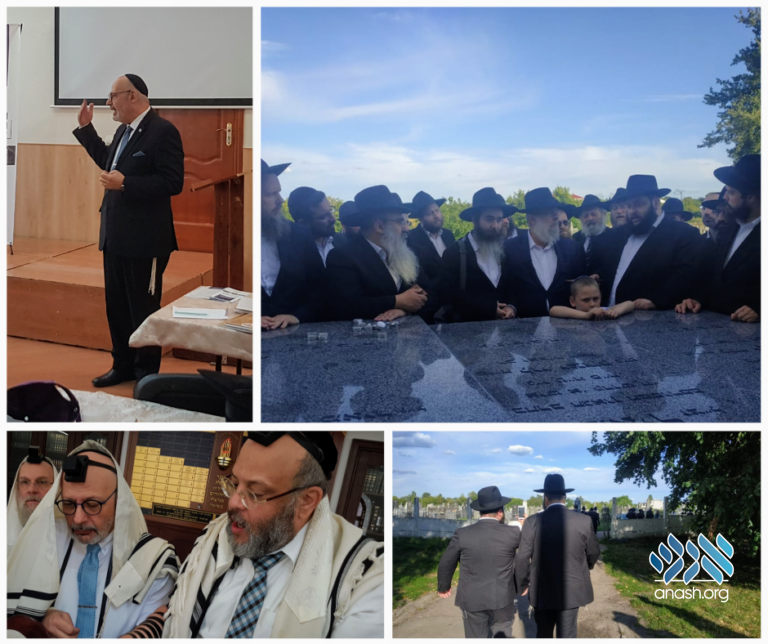 Israel’s ambassador to Ukraine tells European rabbonim “Only Israelis who raise suspicion are deported from the Ukraine”.

“There is no anti-Semitism in Ukraine,” Israel’s ambassador to Ukraine, Reb Yoel Yosef Leon, said in a lecture to 50 rabbonim from Europe who attended a professional seminar organized by the Rabbinical Center of Europe.

According to the ambassador, “The problem lies in the fact that people arrive in Ukraine without a return flight ticket, or without a penny in their pocket, and raise the suspicion that they intend to remain in the country without a permit”.

He further related, that Ukrainian authorities are in frequent contact with him, and update him when problems arise with citizens carrying Israeli passports.

Later, the ambassador participated in the dedication of a memorial monument that was built in the town of Sadigura with the assistance of the Rabbinical Center of Europe.

The conversation with the ambassador was one of a series of meetings held in the framework of the professional seminar hosted by Rabbi Shlomo Wilhelm, Rabbi of Zhitomir. The rabbonim were guests at the Or Avner resort. The seminar, which began on Monday and ended on Wednesday afternoon, was for rabbonim from across Europe, some of whom serve as rabbonim in distant cities, an opportunity to meet and talk with their colleagues on many important issues.

Pictures were provided by the RCE (Rabbinical Centre of Europe).