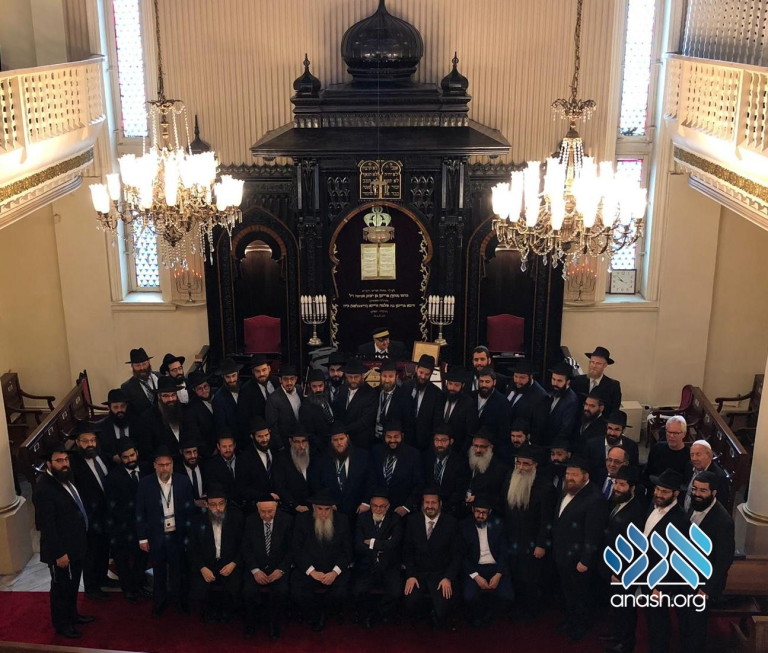 Some 70 shluchim and shluchos attended three days of sessions under strict media secrecy this weekend in Istanbul, Turkey. Not until the last shliach had left the country was the existence of this kinus allowed to be made public. The European and African Regional kinus was hosted by Rabbi Mendy Chitrik, shliach in Istanbul and rov of the Ashkenazi Community there.

After a tour of Istanbul under heavy security, and a meeting with local Rabbinic and community leaders, the shluchim were treated to a grand banquet at the Ritz Hotel. The banquet highlight was what else? The customary “spontaneous” dancing, sung to the traditional Rosh Chodesh Kislev Nigun.