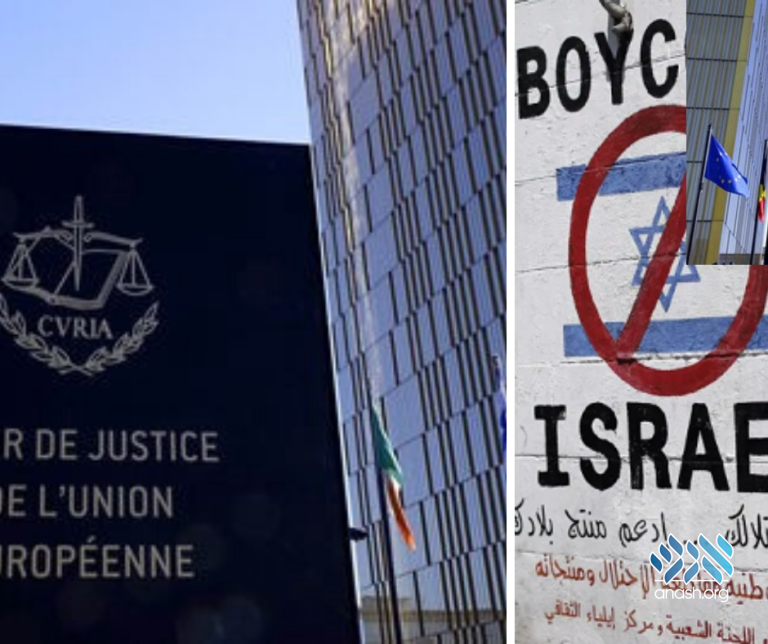 The European Court of Justice, the EU’s highest court ruled Tuesday that all EU countries must put special labels on Israeli products coming from West Bank settlement communities and the Golan Heights.

The Court insists, that all products must have an easily identifiable label so that consumers can make “informed choices” when they shop, and that a simple “Made in Israel” tag is not enough.

The move angered Israeli leaders who argue that such labeling of Israeli products is anti-Semitic. Other countries involved in similar land disputes are not similarly sanctioned.

The court also said that any EU country’s failure to identify the point of origin of products meant that “consumers have no way of knowing, in the absence of any information capable of enlightening them in that respect, that a foodstuff comes from a locality or a set of localities constituting a settlement established in one of those territories in breach of the rules of international humanitarian law.”

Israel’s Foreign Ministry rejected the ruling, reportedly saying it set a “double standard” that unfairly singles out Israel when there are dozens of territorial disputes around the world.

“The European Court of Justice’s ruling is unacceptable both morally and in principle,” Foreign Minister Israel Katz said. “I intend to work with European foreign ministers to prevent the implementation of this gravely flawed policy.”

Israel’s Transportation Minister Bezalel Smotrich denounced the court’s ruling, suggesting that the judges in Luxembourg are supporting the Gaza terrorists who have been shooting hundreds of rockets at Israel since early Tuesday.

“On the same day that Israel’s enemies remind of us their aspiration to destroy us, and of the results of escaping from terrorism and relinquishing control over territory, the European court is positioning itself by their side,” he said in a statement.