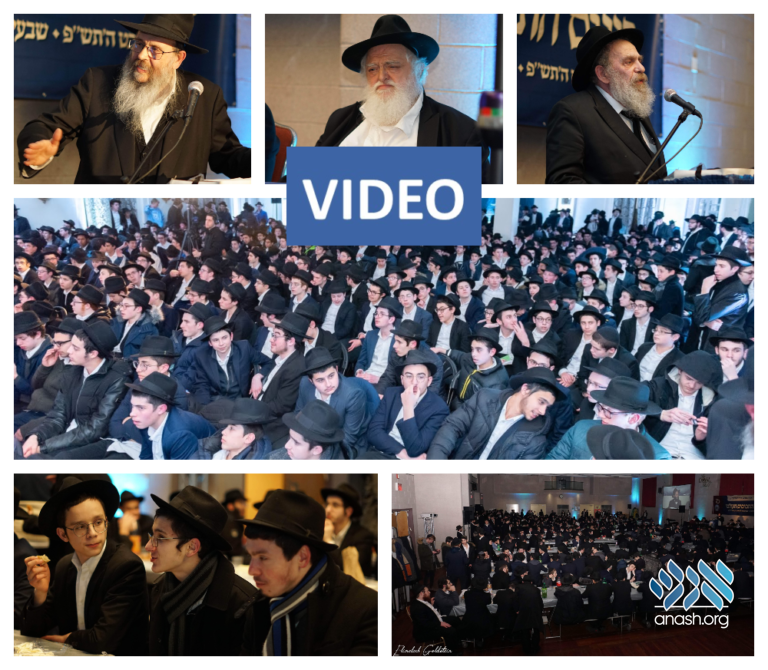 Thousands of Bochurim and Anash joined for the annual central Farbrengen in Crown Heights, organized by Vaad Talmidei Hatmimim.

Unique to this year was the Zal and Mesivta programs taking place in two separate locations, with the Mesivta in Oholei Torah lunchroom and bochurim from Zal and Anash gathering in Campus Chomesh, 470 Lefferts Avenue. The event was also broadcast live on Anash.org thanks to Chabad.org

The theme of both gatherings was ‘The Personal Connection of the Rebbe to Each Chossid’ with the various speakers in both venues discussing the theme over the course of the evening. Special video presentations were shown as well.

The Mesivta event was addressed by Rabbis Mendel Gordon and Yosef Lustig. Chassidishe niggunim were sung by Chazzan Berel Tzuker.

The formal program was followed by farbrengens with Rabbis Ezra Schochet, Shlomo Zarchi, Yaakov Goldshmit and Zalman Kaplan which continued throughout the night.