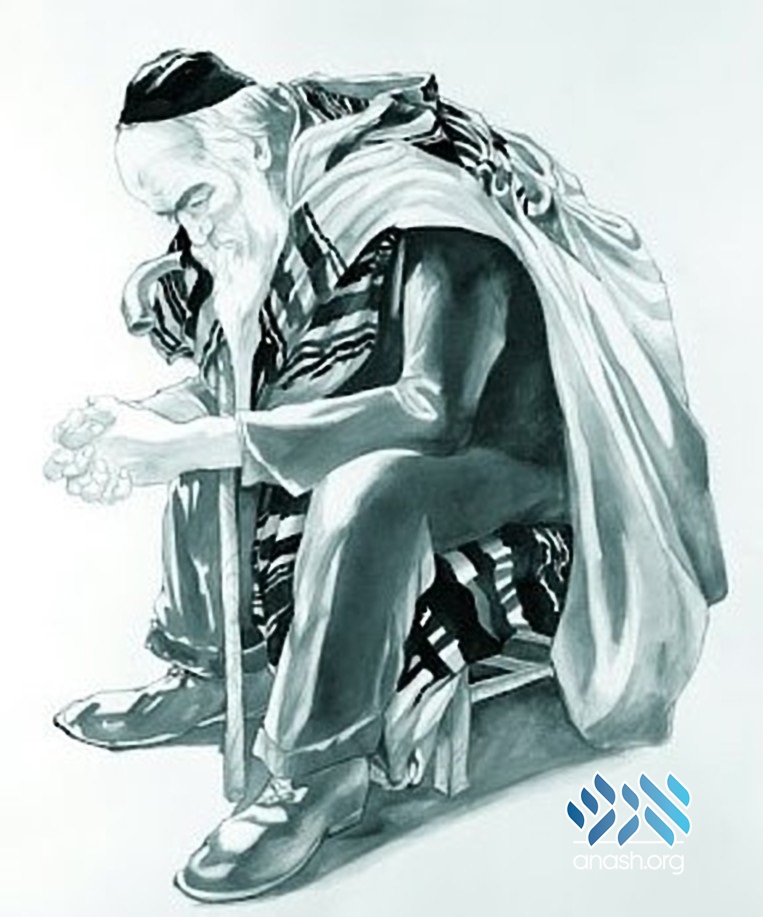 Do you share your chassidishe hanhaga with your family, or do you keep it to yourself? Rabbi Akiva Wagner shares an inspiring and practical message.

There was a SHaDaR in the times of the Tzemach Tzedek. A shadar, the emissary of the Rebbeim to spread chassidus and collect funds, was a position of great importance, and he was treated with great respect.

In each city and town that he would visit, the shadar would have a different way of operating. In some places, they would give him a place in the shul, and the shadar would remain there for the duration of his stay. The villagers would bring him food there, and would come there to hear him review the latest maamorim  of the Rebbe. They would also bring their contributions to him in the shul. In other places, he would employ the more traditional means of going door to door.

In one village, the shadar was going to his “regular” contributors, and knocked on one door. A woman opened the door, and the shadar asked for the man of the house, the chosid who lived there. Sadly, she informed him that her husband was recently deceased.

The shadar was sorry to hear the sad news, and prepared to leave, but the widow asked him why he had come. The shadar informed her, that her late husband would contribute every year. “Wait a moment”, she told him, “I will examine the accounting books, if I find a record of this contribution then I will gladly take part”.

She left for a few moments, and returned, after consulting the books, with a five ruble note as a contribution. Now, 5 rubles, at that time, was actually a very significant contribution. However, the shadar informed her that, in fact, her husband’s yearly contribution was 50 rubles. “I’m sorry”, she apologized, “but all I could find recorded was 5 rubles so I can’t add to that”.

The shadar thanked her, and left.

The shadar was puzzled. He knew that the Rebbe was not bemoaning the loss of the extra 45 rubles. There must be more to the story than meets the eye. The Tzemach Tzedek saw his puzzlement, and explained the following:

“That late chosid was a wealthy man. He would walk around town with a dog that was on a golden chain (this was the custom of the very wealthy, in that time and place).

But at night, – he would think chassidus for 8 hours! Sadly, his family knew nothing of this” [Seemingly, the Tzemach Tzedek was implying that if his family had been aware of his chassidishe side, and not merely of his balebatishe side, they would not have doubted the amount mentioned by the shadar].

Of course, chassidim and chassidus place great emphasis on הצנע לכת, – on taking pains to ensure that every chassidishe conduct should be without any בליטות, any fanfare, and shouldn’t even be noticed.

[The Rebbetzin was once asked if the Rebbeim had long peios. The Rebbetzin replied: “In beis harav iz altz geven on blitos”. There was an uncertainty as to whether the response was saying that in beis harav they had long peios, but they weren’t noticeable, to avoid blitos, or that everything in beis harav needed to be totally without blitos, and since peios necessitates blitos, it was not practiced].

But sometimes it is also necessary, despite the הצנע לכת, to ensure that your family is aware of your standards and your behavior. It may require mesirus nefesh, to compromise the הצנע לכת element of your behavior. But it is crucial for the sake of chinuch, and – sometimes – in order to influence your surroundings.

In a certain village, there was a need to appoint a new shoichet (or perhaps it was a Rov). There were two candidates, a chosid and a misnaged. The community elders and leaders, the Rabbis and scholars of the village, favored the misnaged. They held a meeting to bring the matter to a close.

In that village, there was a chassidishe melamed, who was also in attendance at the meeting. He spoke up, expressing his position that the chosid was, in fact, the better candidate. The others who were present looked at him in surprise. “You are a simple melamed, there are great talmidei chachomim here who are involved in the decision. Why are you mixing in? Don’t you know your place?”

“You know what”, the melamed responded, “Let’s make a test to see who is the genuine talmid chochom”. At that time, the Maharsho was printed, not at the back of the gemoro, but as a sefer for itself. “Let someone bring in the sefer Maharsho”, the melamed proposed, “and pick a mesechta and daf, and let us see which of us can recite it baal peh”.

Shocked, they did as he said. Of course, none of the other scholars were able to recite a random Maharsho by heart. When it came to the turn of the “simple” melamed, he recited entire pages of the Maharsho from memory, at any place they pointed out. The village was in an uproar: The simple melamed had been revealed to be an unparalleled gaon!

Afterwards he revealed: During a yechidus, the Rebbe Maharash once remarked to him: “For the sake of a chassidisher shoichet, one must be prepared to have mesirus nefesh”. When this incident came up, and he realized that the only way he could influence the outcome would be by publicizing his heretofore hidden greatness, he realized that this was what the Rebbe had been referring to.

Of course, we’re all chassidim, yerei shomayim who serve the Eibishter with all of our hearts. But, it is sometimes difficult for those around us to notice our chassidishe practices. Do they hear us saying a brocho with kabolas ol malchus shomayim? Do they notice us davening with concentration and focus? Do they find us immersed in learning a sugya in nigleh or in chassidus with single-minded dedication?

True, being noticed is the antithesis of chassidishe practice, and chassidim went to great lengths to avoid it. But – as the above story teaches – sometimes the importance of those around us, our families and loved ones etc., learning from us, takes precedence over the desire (admirable though it may be) to remain inconspicuous. Indeed, on various occasions the Rebbe spoke about the importance of others noticing your good behavior (regarding avodas hatefilah, and – on numerous occasions – regarding giving tzedokoh, and perhaps more), so that they can learn from you.

Interestingly, when it comes to our mundane occupations – which we, undoubtedly, also are only performing leshem shomayim and for the sake of a mitzvah, we are less concerned with הצנע לכת. We do not hide the signs of our status in life, like our ability to lead around a dog on a golden chain! If a platter of sushi is placed on the table, or a pie of pizza, we don’t hide our enthusiasm for it (that stems, surely, from our viewing it as a vehicle to elevate the nitzotzos and further serve Hashem). Rather we may, quite conspicuously, get into the race to get to it first, and to pile up our plate the highest and the fullest. Nor do we attempt to conceal our possession of the latest gadgets and most contemporary toys, all an expression of our ability to use them for the sake of Heaven.

But, somehow, when it comes to learning and davening, our adverseness to any form of publicity kicks in. In fact, it is our Yiddishkeit that is so important to be seen and recognized, – by those around it and by ourselves.

The theme, in chassidus, of this week’s Parsha, Bechukosai, is the idea of chakika, of letters that are carved in stone. In contrast to letters written with ink on a paper, that can dim with time, and/or be erased, and are inherently a detached entity from the paper, the letters carved in stone are inherently inseparable from the stone in which they are carved. It is they, therefore, that symbolize and represent the connection of a Jew with the Eibishter.

We are inherently one with Hashem, and our connection with Him is an inseparable part of our very being. Davening, and expressing our yearning for Him, our love of Him and our excitement about everything that is connected with Him is an expression of who and what we are. A chassidisher farbrengen, when we seek the means to remove any external dirt that may have diminished the clarity of these carved out letters, is the elixir of life for us and the most precious experience.

We need to be comfortable and open about this aspect of our life. The chakika is there inside and unchangeable, we need to be open about it, to acknowledge and discuss it. Let us, rather, use the הצנע לכת for our more mundane pursuits, – for displaying our familiarity with the latest politics or the newest inventions (and – especially – displaying this bekius of ours in shul or during davening…). When it comes to our Yiddishkeit and our chassishkeit, our neshomo and its’ connection with G-dliness, let us be open and public as can be (despite the mesirus nefesh that this publicity may require).

L’chaim! May we all acknowledge and appreciate our inherent chakika, – our inherent connection with the Eibishter, and treat it with the greatest care and the greatest pride, and may the Eibishter, in turn, not be bashful about this connection, but, instead, be completely public (about Himself and His connection with us), and allow Himself and His bond with His nation to be revealed to the entire universe, with the immediate hisgalus of Moshiach Tzidkeinu NOW!!!