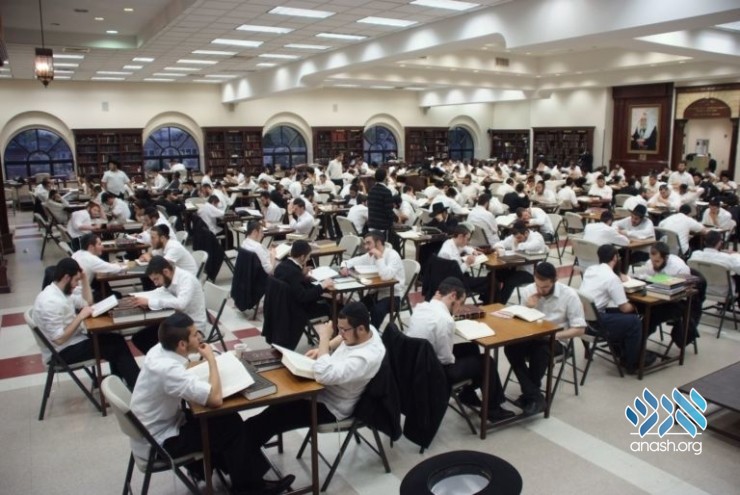 Rabbi Pesach Schmerling, shliach in Far Rockaway, NY, and a chosson teacher, responds to the claim made on the Headlines show that Lubavitcher chassidim don’t really learn.

My grandfather learned in Telshe in Lita (Rav Gifter would visit him whenever he was in Switzerland fundraising and schmoozing) and he told me how the first year he was there Rav Bloch told him Erev Yud Tes Kislev that tonight you should go to the apartment of the Reich brothers (who also were from a Chabad family, but were older than my grandfather) as they’ll surely make a small Farbrengen and your father would want you to attend…

I do need to comment though on something that really bothered me:

The image of Lubavitcher Bochurim being sent to do Kiruv and not learning and the Rebbe changing our Derech is incorrect and I don’t understand why this is being repeated again and again as if this is just an undisputed fact. (My friend from Oholei Torah Rav Noam Wagner also didn’t clarify that by stating very simply that when he joined Oholei Torah it wasn’t like he came from learning Torah to a place of doing outreach, but to a place of Shteiging in learning!).

I grew up in Switzerland and for Yeshiva Ketana I went to Yerushalayim (Chabad) and at the end of 5750/1990, I wanted to go to Oholei Torah in New York. To be near the Rebbe and be by Farbrengens of the Rebbe and hear the Rebbe speak Torah לא מפי כתבם.

I had been to the Rebbe numerous times before but to be there all the time is something else. My father was nervous as he would be in New York every month or so on business and he would see Leidigeiers Dreying Zich around 770. I told him, “Go check out Oholei Torah Beis Medrash next time you’re in NY.” He went and looked through the glass windows in the doors of the Beis Medrash and saw 250 Bochurim sitting and Kochen Zich in Gemara. He didn’t know about this, he called me up that I can go. He said that’s the Ponevezh of Lubavitch.

BH I was Zoche to attend the last two years of the Rebbe’s Farbrengens etc. before the stroke. Rav Schapiro, Rav Grunblatt and Rav Chitrik, for example, are all Gevaldige Lomdim. There are many Shluchim who spend a good few hours everyday learning. There are Shluchim who wrote Seforim (in Nigleh, Lomdus, and Halachah).

Lubavitcher Bochrim learn in Yeshivos Nigle, Iyun and Bekius, for most of the day. We learn Ketzos and even Shiurei Reb Shmuel and Granat and Chidushei Hagriz etc. I’m just mentioning randomly some of them. Our Roshei Yeshiva Pilpul in their Shiurim and mention all of them. Rav Gustman was a Rosh Yeshiva in 770 not by mistake. This was and still is the style of Seder Iyun in all our Yeshivos.

My brother is a Rosh yeshiva in Tel Aviv, it’s a yeshiva for Baalei Teshuva who have graduated the Baalei Teshuva seminar programs and are Shayach to sit and learn Gemoro with Meforshim, so Shluchim from all over Eretz Yisroel send their more advanced Chevra to his Yeshiva where they learn how to learn properly. The notion that we just teach Tanya to Baalei Teshuva and that’s it is pure fabrication. Bochurim are only going to put on Tefilin with people on Friday afternoon. The whole week they’re in regular Sidrei Yeshiva.

Is every Lubavitcher a Lamdan? Obviously not, but not every graduate of Mir and Chevron and Ponevezh is one either. But to portray that today’s Chabad is not Machshiv Torah learning like in previous generations is a Bilbul.

When Rav Gifter, the son on your program, mentioned about some in Lubavitch saying that the Rebbe is still physically alive, you responded that it’s a fringe group etc. That is true, but there’s another important point:

None of the Rabbonei Kehilos Anash will talk such nonsense, and they all go to the Rebbe’s Tziyun etc. So those who hold such beliefs are bichlal not Begeder as they have no Halachic/Torah leadership, they don’t have Daas Torah, they think they understand better than all. They’re not Lubavitcher Chassidim, but individuals who we tolerate like we tolerate any Jew with erroneous beliefs and hopefully with time they’ll realize their mistake.

Rav Heller, one of the Choshuve Rabbonei Chabad in Crown Heights and the Rosh Kollel once quipped that it is unbelievable how someone who wouldn’t trust their own judgment in a simple Sheila in Bossor Becholov thinks that they can be a Man Deomar when it comes to Emunos Vedeos, and think that they understand better than all Rabbonim and Mashpiim in Lubavitch!

Yashar Koach for your being Megin on the Rebbe’s kovod and upholding the great importance of the holy work of the Shluchim Bekatzvei Teivel.