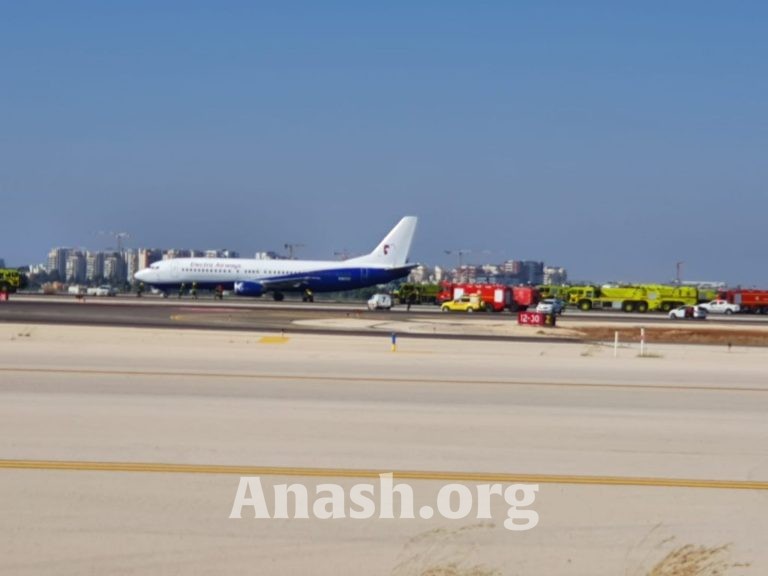 Ben Gurion Airport was placed on its highest level of alert, Monday afternoon, as an Electra Air Boeing 737-400 from Germany with an exploded tire was making its way to the airport. The tire reportedly blew as the plane took off in Germany.

More than 100 MDA ambulances and emergency vehicles are staging at the airport in a status known as “Emergency Condition 3”.

There are 152 people on board the flight, and will land in Israel after it flies over the tower to check the tire.

It is added that Israel Air Force planes are going to fly near the plane to inspect the wheel in question and report to the control tower. The plane is set to land on runway 30 east to west.

The plane is expected to touch down at 4:05PM.

Ramon Airport in the south is preparing to receive flights that might be diverted from Ben Gurion if the landing strip can’t be cleared quickly.