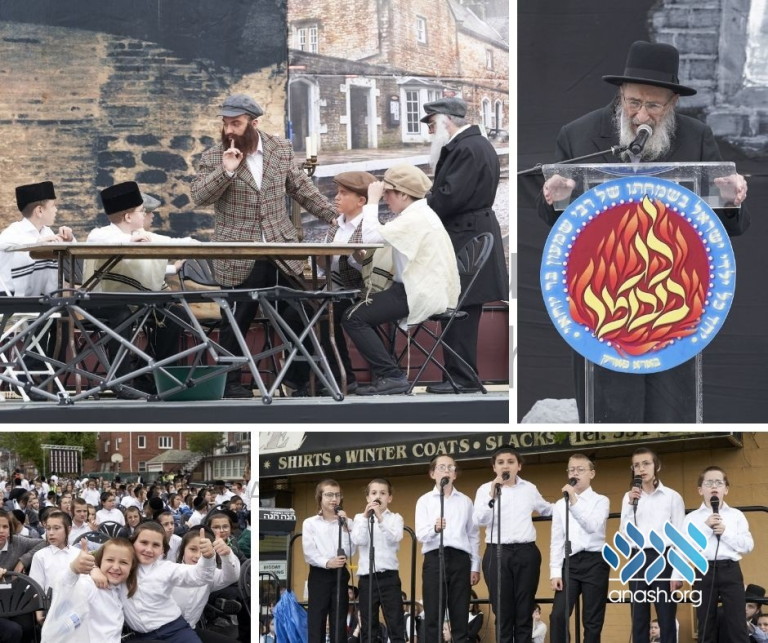 Boro Park’s Lag Baomer parade, headed by shliach Rabbi Aron Ginsburg, was a huge success despite heavy rains in the moments leading up to it.

Minutes before the parade was set to begin, the rain was pouring down; suddenly, the sky cleared and thousands filled the streets. Miraculously, the program was a huge success!

The program began with the 12 pesukim being led by children from local schools, followed by an acrobat show and a musical performance by the Anim Zmiros Boys Choir headed by Tzvika Zilberberg. Harav Moshe Wolfson Shlita, rav of Beis Medrash Emunas Yisroel addressed the crowd.

An exciting puppet show depicting the theme of Vihinei Hashem Nitzav Alav was played on video. The crowd then watched, enthralled, as scenes from the life of Reb Mendel Futerfas were brought alive on stage.

The program left parents and children feeling uplifted and empowered in their mission to elevate their surroundings and prepare the world for the coming of Moshiach.

You can be a partner in this holy work by donating at www.KinusLagBomer.org.