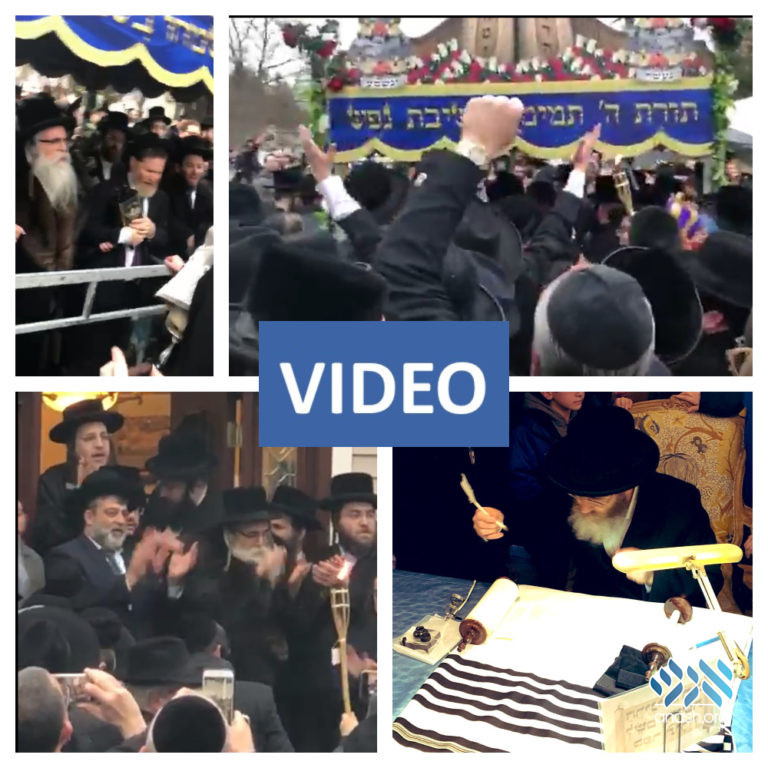 A day after a stabbing attack at a shul Monsey, the streets closed again, this time for a Hachnosas Sefer Torah in what became a symbol of Jewish perseverance and a celebration of yesterday’s miracles.

Hundreds gathered for a siyum v’hachnosas Sefer Torah today in Monsey. Planned weeks ago, the event had an extra significance following last night’s attacks, and the miracles preventing a larger tragedy.

The parade marched down the same streets that had been cordoned off with crime tape just hours ago. Now, the streets were closed again, but for a celebration. The assembled sang songs thanking Hashem for the great miracles that had happened, preventing a large scale attack.

The procession made a stop by the house of the Kossoner Rebbe, Rav Chaim Leibush Rottenberg, on Forshay Road, where the stabbing happened. The Kossoner Rebbe and his congregants then joined the dancing, continuing on to ‘Scheiner’s Shul’ – the Torah’s destination.