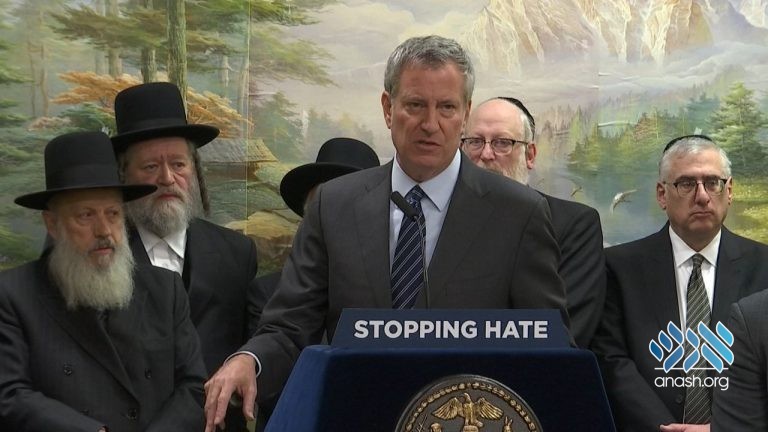 A senator is calling on the Justice Department to investigate NYC Mayor Bill de Blasio for unlawful discrimination after he singled out the Jewish community for the second time.

Senator Ted Cruz is calling on the Justice Department to investigate NYC Mayor Bill deBlasio after the NYPD shut down a Yeshiva operating in Williamsburg in defiance of the executive order.

“The next time NYC’s mayor sends out a gleeful tweet about sending cops after Jews, the DOJ should investigate to make sure he’s not violating constitutionally guaranteed religious liberties,” Cruz wrote in a Tuesday morning tweet.

“Actually, they should have done it after the last one,” he added.

Law enforcement officials claimed that police officers found more than 100 children inside the school on Madison Street in Bedford-Stuyvesant when they arrived there Monday morning.

Please please, parents. Only take your children to parks; beaches; Walmart and golfing all loaded with the most at-risk portions of the population. Why are you getting children in one room with only one young adult? Much safer to do the above. Come on! We are in this together…