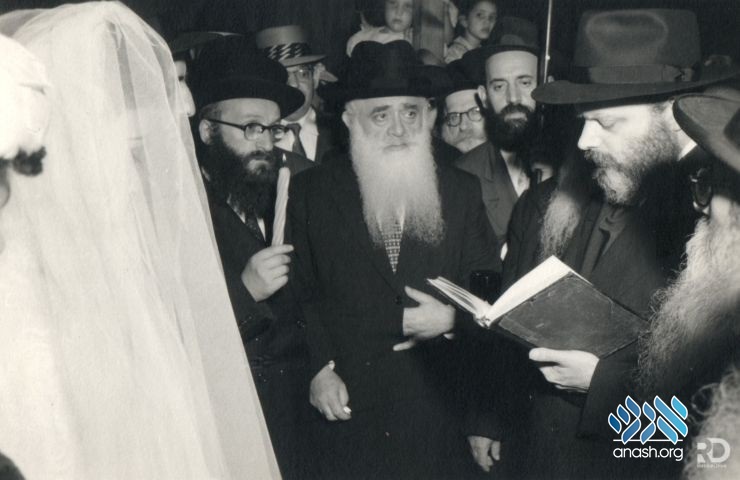 The Avner Institute presents a correspondence of the Rebbe with a man who wishes to put off marriage for the sake of pursuing a college education and securing his financial future.

This is in reply to your letter in which you write about the matter of parnassah [livelihood]. The thrust of your position is that nowadays considerable preparatory schooling and formal secular education are indispensable in order to get on in business or employment; you also contend that we need Jewish doctors, lawyers, and other professionals – all of which poses a challenge to the primacy of Torah education and early marriage, etc.

Although you begin your arguments with a quotation from the Shulchan Aruch [Code of Jewish Law], they are advanced primarily from the viewpoint of secular consideration. So I will address myself to this aspect of the problem, that is, from the secular viewpoint.

To begin with, you must surely know that statistics show that an overwhelming percentage of college graduates establish themselves economically in fields other than those in which they graduated.

You are no doubt also aware that, in this country at any rate, it has been the trend for many years, and more so recently, that economic opportunities have been related less to college degrees than to personal contacts and being fortunate enough to get a “push;” in other words, it is not so much “what you know” as “who you know.” For better or for worse, the fact is that the importance of a college degree has been on the wane in recent years.

A further point – again from the secular view – is basic to the so-called “exact” sciences, namely, that the first thing is to know what the facts are, and only then can one try to explain them; for no amount of logic can alter the facts. This is the old philosophical rule that opinions follow reality, and not vice versa. Hence, in regard to marriage, any sociologist will tell you that precisely in the materialistically oriented society of the USA, most marriages are entered into before the couple has attained economic security, and the acquisition of a home comes still later.

Now for the problem itself. It is true that the rule of the Shulchan Aruch which you quote (first establishing oneself in a business or profession, then buying a house, then taking a bride) would be the ideal procedure. But it has also been explained that this rule applies only when it is practicable.

In early times, when standards of living were modest, it was possible to establish oneself with a parnassah at a relatively early age. However, in recent generations, if a man were to postpone marriage until he was securely established with a parnassah and has bought a house – it is easy to imagine the consequences.

Indeed, there is no need to leave anything to the imagination, nor is there any need to go into painful detail as to the state of morality in those circles where marriage is unduly postponed. Compare it with the high standards of morality and family stability in the frum [ultra-Orthodox] circles, where early marriage is the rule.

In recent years, a further consideration has come into prominence. We Jews are survivors of the Holocaust, and everyone should do everything possible to counteract Hitler’s plan of the “Final Solution,” which his heirs have not given up. Anything that tends to reduce and decimate our Jewish people, G-d forbid, either quantitatively or qualitatively (through assimilation and the like), plays into the hands of our enemies. Therefore, a Jew who sets up a home and family early, on the foundations of the Torah – a binyan adei ad [everlasting edifice] in the fullest sense – deals a blow to Hitler’s heirs and strengthens our people.

Finally, there are further point in favor of early marriage: parents are generally willing to help out their newlywed children until they become entirely self-sufficient; there are various relief agencies – federal, state, and city – with various helpful programs, as well as job-training facilities, trade schools, etc., all designed to make life easier in the contemporary complex society.

In summary, from every viewpoint, not least from the viewpoint of a healthy moral society, it is not in the best interest of young people and the society at large to postpone marriage until they are fully independent economically, as you seem to advocate. You will surely understand why I cannot share your view.