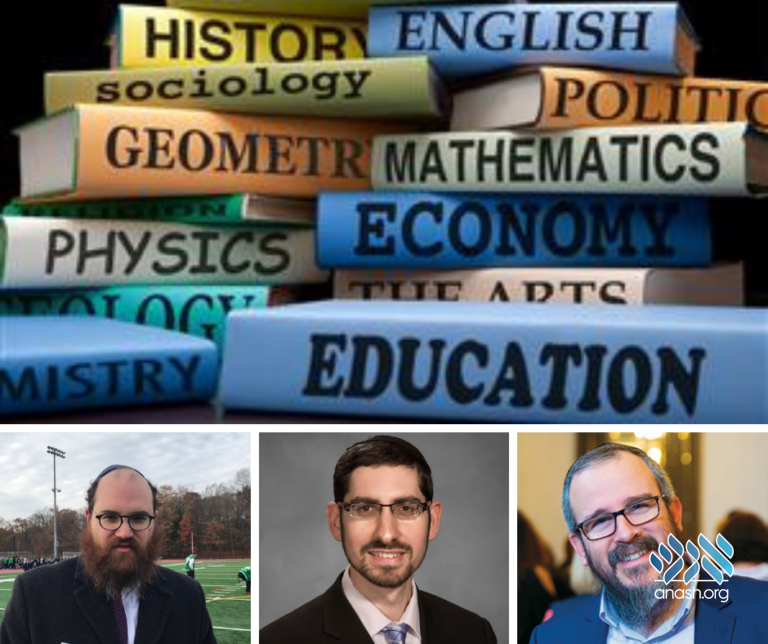 “I went to Hebrew school, was bar mitzva-ed and that was the end of my Jewish education.” How often do we hear this refrain from unaffiliated Jews?

In this vein, shliach Rabbi Yosef Orenstein of Woodcliff Lake, NJ, described a completely novel initiative in the making: This fall, Yeshiva University will be partnering with CTeen International to offer a course on important Jewish topics to public high school teens.

Rabbi Orenstein heads the Teen Leadership Initiative at Valley Chabad, which is one out of 17 CTeen chapters in the country offering the course. The text-based, 14-week program is for students in 10th through 12th grade and will award participants two college credits.

CTeen leaders at Headquarters were discussing the value of college credits for teenagers – if students could attend Torah classes and receive credit for it, it would be a win-win situation. This sparked the idea to collaborate with Yeshiva University and they reached out to Rabbi Yosef Kalinsky, the dean of undergraduate Torah studies. “YU jumped on the idea,” Rabbi Kalinsky said. “It’s unique – allowing a course created at YU to be taught by a regional person-” that is – a shliach in his own Chabad House.

Notwithstanding the differences in hashkafa between Chabad and YU, and the Rebbe’s position on attending college, this is a beautiful display of achdus for the most important goal – spreading Yiddishkeit.

Yeshiva University has created the course which delves into fundamental topics including the definition of the mitzvah to believe in Hashem, what it means to be the Chosen People and the Jewish view on happiness. The program also includes a summary of hilchos Shabbos, Yom Tov, kashrus and more.

For Jewish public-school students who have likely received at most a Hebrew School level education, this will be a tremendous leap forward. The program is a valuable investment in producing prouder, Torah-guided leadership in the public forum’s leaders of tomorrow.

“This is an opportunity for [teens] to learn and gain personally,” said Rabbi Dov Drizin, Director of Valley Chabad. He spoke about the Teen Leadership Initiative’s incredible group of engaged teens whose participants have had great success in giving back to the community and head college campus organizations at Columbia, Tulane, Binghamton, and Brandeis. “We not only give them a sense of leadership,” he said, but with this new program, they’ll be equipped with serious education and “have the language and the taste of rich Jewish wisdom. Now they’ll be rich, full leaders.”