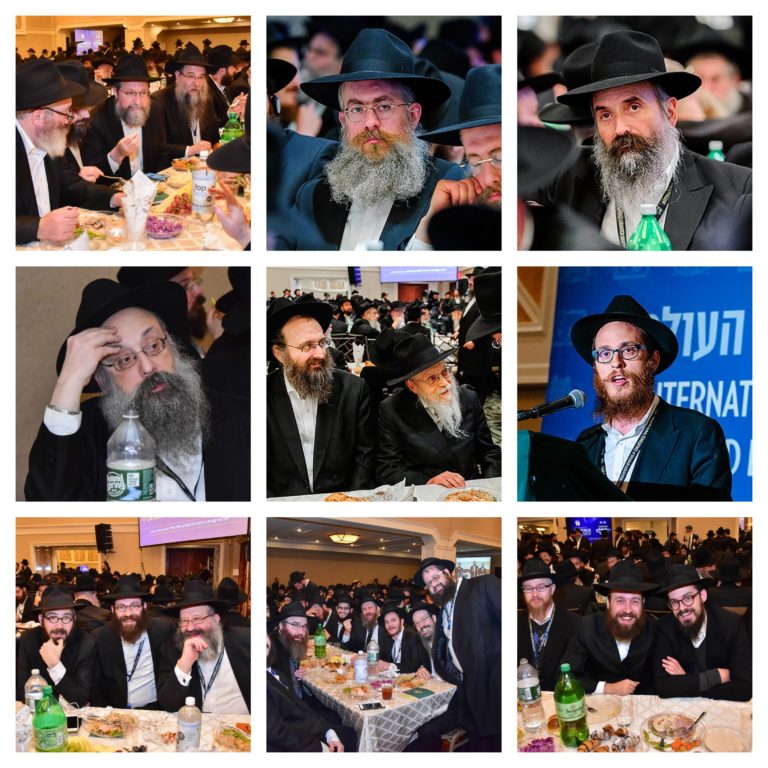 Thousands of shluchim gave a standing ovation when Harav Avraham Osdoba and Harav Yosef Braun, members of the Badatz of Crown Heights, were introduced by the Kinus Melave Malka.

An unexpected surprise turned out, for many shluchim, to be the highlight of this year’s Melave Malka.

When introduced by Rabbi Moshe Kotlarski, the thousands of shluchim in attendance gave the Rabbonim a lengthy standing ovation. Rabbi Osdoba was then invited to address the shluchim.

Other speakers incuded Rabbi Naftoli Roth of Yerushalayim, followed by representatives of Merkos L’Inyonei Chinuch and the Vaad Rabonei Lubavitch, who shared words of greeting.

Rabbi Shuey Biston of Parkland, Florida, Rabbi Yossi Korik of Roseville, California, and Rabbi Dovid Katz of London, England laid out the theme of the evening. Each one shared a personal take on Shnas Hashivim and the significant peulah of connecting people with the Rebbe.

A video presentation featuring Rabbi Sagee Har-Shefer of Nes Tziyona and Rabbi Aharon Karniel of Bnei Ayish – both in Eretz Yisroel – was then shown.