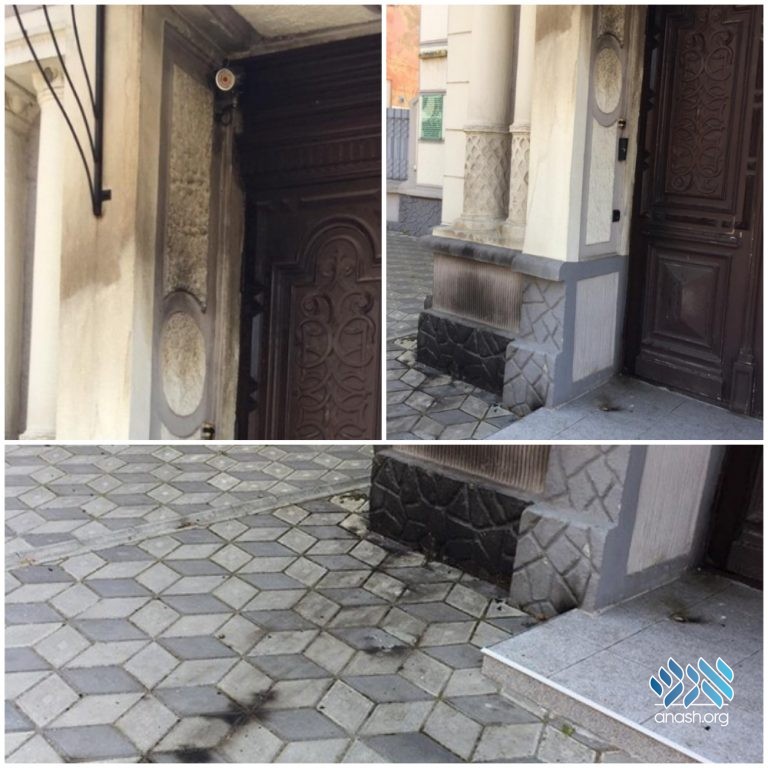 The perpetrators quickly fled the scene, but the entire incident was caught on the security cameras.

Shliach to Kherson Rabbi Yossi Wolff who operated the Shul said of the incident, “Baruch Hashem, it was only at the front door that the fire was caught and not beyond, that could have made the fire a much more serious disaster. We have passed the data to the local authorities, who are investigating the incident.”

Built in 1895, the ornately-designed shul was seized by Communist authorities in 1930 and was heavily damaged during World War II. The city turned it into a rehab center in the 1960s, but in 1991, it returned control of the building to the local Jewish community.