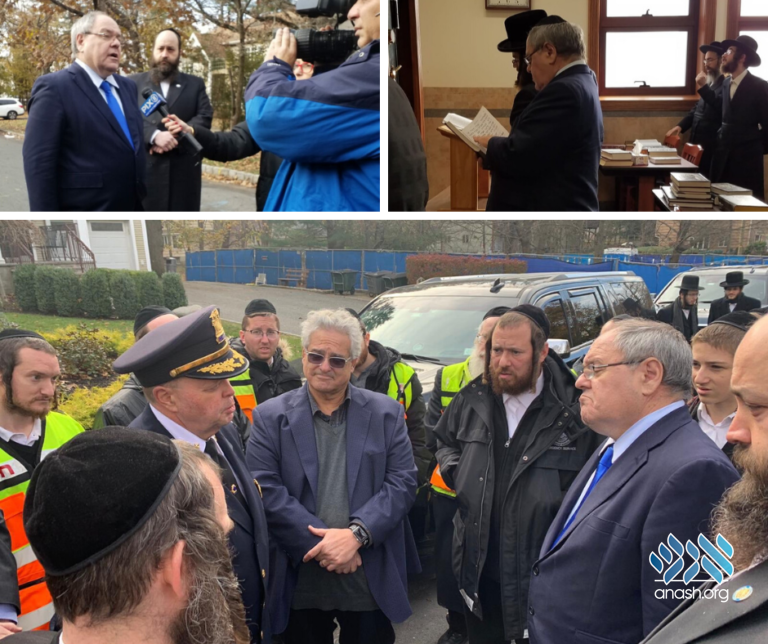 Israel’s Consul General in New York Dani Dayan traveled to Monsey immediately after hearing about the stabbing of a Frum Jew there.

He was briefed by the Chief of Police and local authorities and also visited a nearby shul to daven Mincha.

Dayan noted the “rise of anti-Semitism all over the state, the country and the world … In my wildest nightmares, I never imagined that when I came here to New York to represent Israel, I would have to go to eleven funerals in Pittsburgh.”

Police have not confirmed whether the attack was motivated by anti-Semitism.