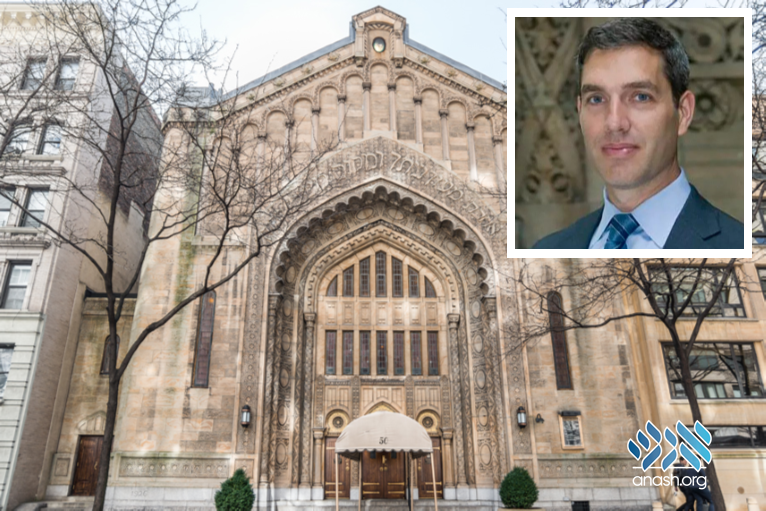 With this line, Conservative Rabbi Elliot J. Cosgrove of Park Avenue Synagogue began his sermon on Kol Nidrei Eve. Over the next 30 minutes, Cosgrove proceeded to describe a shlichus on which the Frierdiker Rebbe sent two bochurim in 1949, and the Rebbe’s implementation of a revolutionary campaign to revive yiddishkeit in a post-holocaust world.

“At the core of it all, the spark that got it all going is one word – mitzvah. An all hands-on-deck, non-judgment pass, full court press, to have as many Jews as possible perform as many mitzvot as possible… for the Rebbe, mitzvot were the key. The performance of a mitzvah, a distinctly Jewish act – tefillin, Shabbat candles, making challah, or otherwise. That is the key, the secret sauce by which the assimilated American-Jew would find his or her way back into yiddishkeit.”

In recent years, key players in the Reform and Conservative movements have acknowledged the success of shluchim in engaging the ‘American Jew’ and bringing yiddishkeit to public spaces, urging others to learn from ‘Chabad’s outreach tactics.’ This speech, however, differed significantly from what has been said in the past.

Cosgrove recognized that it’s not only a matter of quantitative engagement- how many young Jews are affiliated, how often do they engage with their Judaism. Instead, he is touting a different value entirely: the need to explore what lies at the heart of yiddishkeit, to connect with Hashem – on His terms.

“Let me be clear: I am not talking about being kind, about a nebulous plea to live according to some inchoate set of Jewish values,” Cosgrove continued. “I am talking about kashrut, about prayer, about Torah study, about coming to shul, about tzedakah and yes – tefillin and Shabbat candles, too… There, I finally said it. It’s been more than a decade, and I am saying the very thing a rabbi is supposed to say: I am asking you to do mitzvot.”

Cosgrove then admitted that he had spent years of his rabbinic career avoiding this topic. He proclaimed that being Jewish and doing Jewish can not be extricated from one another, implying that the most important Jewish value of all is fulfilling Hashem’s will.

“There was a time when the Rebbe had to convince Rabbi Chaim Gutnick that it was okay to talk to his congregation about mitzvos,” author and lecturer Rabbi Tzvi Freeman told Anash.org. “Now a leading Conservative rabbi is telling the movement’s flagship congregation that the only hope for American Judaism is for Jews to start wrapping tefillin and lighting Shabbos candles. This is where American Jewry is headed.“

Rabbi Cosgrove ended his speech with a plea to his congregants to prioritize religious observance. “We can prioritize just fine – when we deem something to be a priority! American Jews are full of mitzvot, just not the Jewish ones. I want you to take on the Jewish ones!”

“Let this year be the year for your Jewish spark to shine forth brightly for all the world to see.”