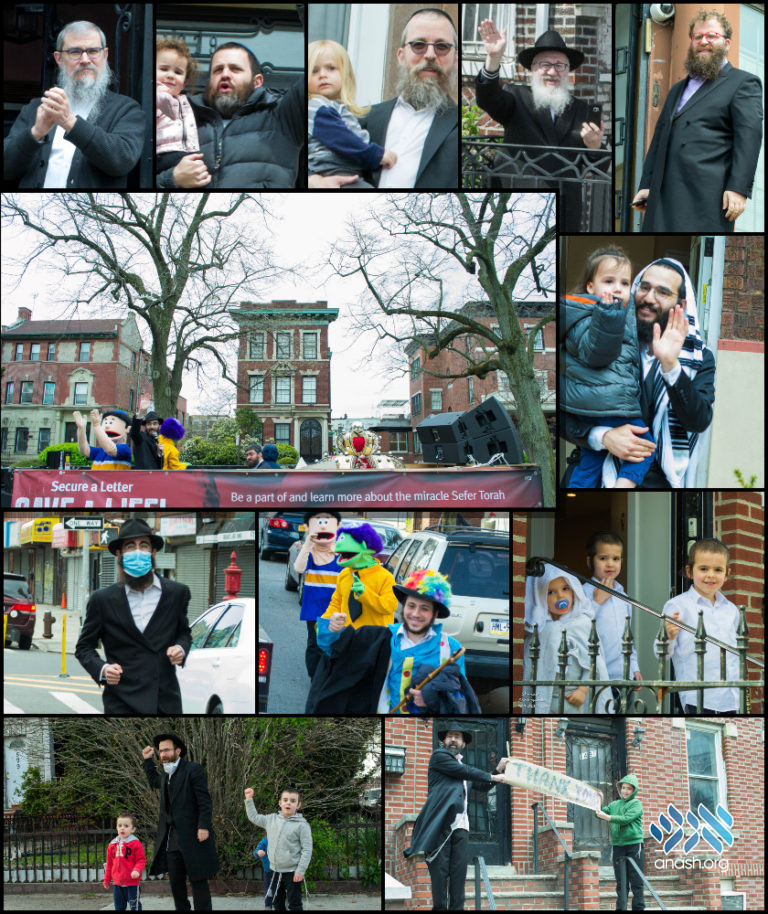 A concert on wheels with Choni Milecki, Eli Marcus, Baruch Shalom and Mitzvah Boulevard drove around the streets of Crown Heights, bringing simchas yom tov to the thousands at home due to the coronavirus.

In an amazing show of achdus and simchas yom tov, a concert on wheels drove around the entire Crown Heights, bringing the joy of Yom Tov to the thousands self-quarantining at home.

The concert, arranged by UnitedforProtection.com, began with Eli Marcus and Mitzvah Boulevard with music by Choni Milecki. Starting at 10:00 am, the truck drove up every street in the neighborhood, stopping periodically for a impromptu show by the Mitzvah Boulevard puppets or to shout one of the twelve pessukim together with the children on the porches and front lawns.

“We wanted to bring a smile to people’s faces,” organizers of the Miracle Sefer Torah told Anash.org. “Many people haven’t smiled in weeks, and we felt that we had to bring Simchas Yom Tov to them.”

After over five hours of driving, singing and cheering men, women and children, the community was not yet ready for a break. The concert took a short break and continued with singer Boruch Sholom Blesofsky. The truck then drove to the edges of Crown Heights and visited East Flatbush and North Crown Heights, giving them a chance to participate as well.

Originally scheduled to conclude at 7:00 pm, the concert continued well after 8, after overwhelming demand from children and adults alike to continue.