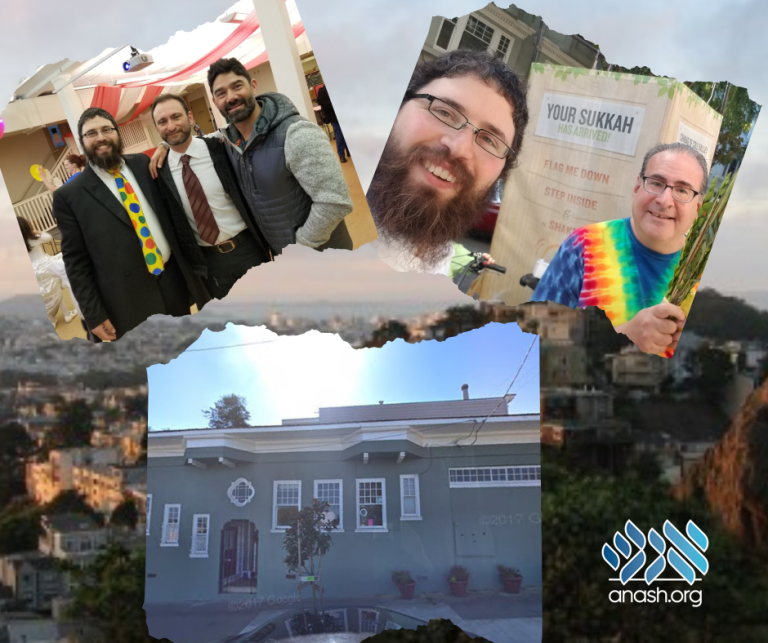 When Rabbi Nosson and Chaya Potash of Chabad of Cole Valley in S. Francisco, California outgrew their small rented space, they didn’t have many options.

Housing in S. Francisco is expensive. So expensive that it’s nearing a crisis with most properties being sold to people and large companies who can afford to purchase it for more than the asking price. So when Rabbi Nosson and Chaya Potash of Chabad of Cole Valley in S. Francisco, California outgrew their rented spaces and small apartments, they didn’t have many options.

“We had our eye on a certain space,” Rabbi Potash recalls. “But it was really a long shot.”

That’s why they were quite surprised when, three years ago, an acquaintance of theirs came over to their house to tell them that the nearby preschool she directs was moving and looking to sell their space at an affordable price. “It was perfect for our needs and clearly the Rebbe’s brachos.”

They purchased the building for less than the asking price. Potash credits the local Jewish community for helping raise the sum needed to purchase the space. “Donations came in from literally hundreds of people, many of whom gave under $100.”

This month, at the end of the school year, they moved into their new digs. With more space to grow, the couple plans on expanding their programming including opening a Jewish preschool.

“This is very exciting,” says Rabbi Potash. “It’s a big step for the long-term stability of the local Jewish community.”