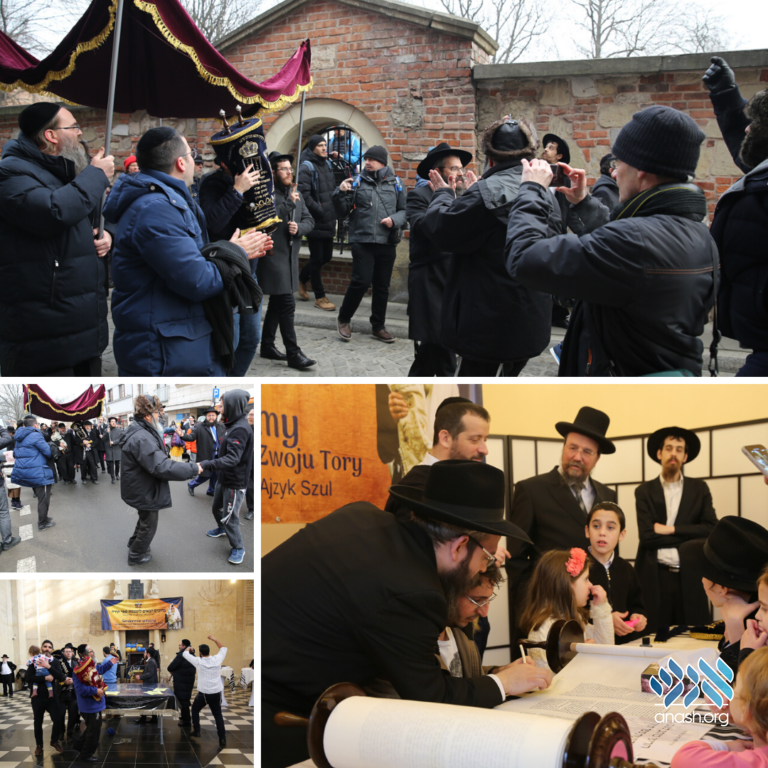 Just months after a legal battle risked having them expelled from their Shul, congregants at Krakow’s historic Izaak synagogue, led by shliach Rabbi Eliezer Gurary, celebrated the completion of a Sefer Torah.

The writing of the final letters was held on a nearby street, and from there a procession of hundreds of singing celebrants, including visitors from the United States and Israel, marched with the Torah through the streets of Krakow’s historic Jewish quarter, and from there to the Izaak synagogue.

The siyum, held on the 75’th anniversary of the liberation of Auschwitz, was a clear demonstration of the resiliency of Krakow’s Jewish community, once destroyed by the Nazis during World War II.

The Icaac Shul is the only active shul in the city and serves the city’s Jewish community and the thousands of tourists who pass through Krakow, many of their way to visit Auschwitz-Birkenau death camp.