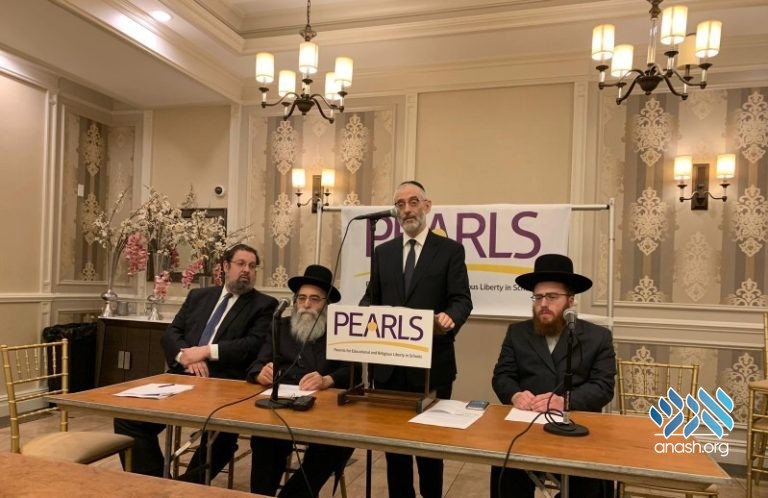 BORO PARK – Askanim at the forefront of the ongoing struggle between the yeshivah community and New York State’s Education Department (NYSED) held a press conference with Orthodox media outlets Monday, at which they reinforced how important it is that the public air its concerns over the recently re-issued education guidelines.

The initial regulations, released earlier in the year, were struck down in court this past April on the grounds that the NYSED had failed to follow proper procedure, and that it lacked the authority to take such extensive steps. Since then, the same requirements – which demand that all private schools follow a detailed regimen of subjects and time allotment – have been re-released as a proposal ultimately to be adopted, rejected or modified by the Board of Regents.

Before that happens, the proposed regulations must go through a period of “public comment,” which allows all who take an interest in the matter to make their feelings known to the state.

At the press conference, held Monday afternoon at the Boro Park Jewish Community Center, the central message was how urgent it is that every yeshivah parent makes their voice heard.

“This is something that affects the yeshivah community across the board…it’s about a fundamental question of who will control our yeshivos,” said Rabbi Chaim Dovid Zwiebel, Executive Vice President of Agudath Israel of America. “Our shtadlanus is important, but when [the state] see the large numbers that are behind that shtadlanus, it means a lot.”

Cognizant of the potentially far-reaching effects of these proposed guidelines, a wide spectrum of the yeshivah and Jewish day-school community have united to speak out against them, joined as well by the Catholic Conference and the Association of Independent Schools, who agree that these regulations would threaten the education their institutions provide.

Several organizations, including the Agudah and P.E.A.R.L.S. (Parents for Educational and Religious Liberty in Schools) have set up form letters and online portals to make it easier for parents to contact the state.

Rabbi Zwiebel emphasized that mobilizing the community has become even more essential, as the individual who was originally responsible for drawing negative attention to yeshivah education has set up a portal of his own, and is encouraging those within his organization’s circle to write to NYSED in support of the regulations.

An additional challenge is that, despite attempts to extend it, NYSED’s comment period is for only two months; it opened on July 2 and will close on Monday, September 2.

Attorney Avi Schick, who has been representing interests of the mosdos since this conflict began, questioned the motivation of state authorities in setting the comment period during summer vacation, which poses inherent challenges to galvanizing widespread participation.

“I’m not sure this was the fairest way to set up the process, but if we can work [during] our summer vacation, let’s make sure that [the state] works on theirs,” he said. He added that each comment is supposed to receive a response, and that not only the volume of letters but also the varied nature of points raised by parents, educators and communal and institutional leaders could well be essential.

Rabbi Moshe Dovid Niederman, President of the United Jewish Organizations of Williamsburg and North Brooklyn, also spoke at the press conference. Rabbi Niederman presented the struggle in stark terms, explaining that it is unacceptable to force yeshivos to sacrifice their independence in schedule, curriculum and staffing decisions.

“This is about a simple question: Are we going to remain private schools or become public schools?” he said.