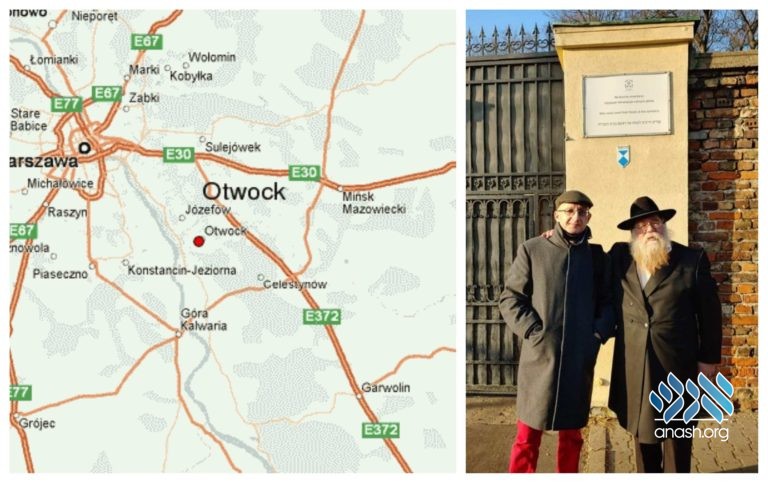 Earlier this month, Chassidic author Rabbi Chaim Dalfin, was a guest scholar at a shabbaton at Chabad of Poland, under the auspices of Rabbi Sholom Ber Stambler. Over 140 participated, including a group led by Cracow shliach Rabbi Eliezer Gurary.

With the assistance of Rabbi Stambler, Rabbi Dalfin discovered many of the places where the Rebbe and Frierdiker Rebbe lived, including the location of the Rebbe and Rebbetzin’s wedding.

The historian intends to lead Chassidic tours in the area. These will
include visits to the Warsaw cemetery, Otwock – where the Chabad yeshiva was from 1935-1939 – and a 5-mile radius in the former Jewish ghetto of Warsaw, which included two Chabad shuls during the 1920s and 1930s.