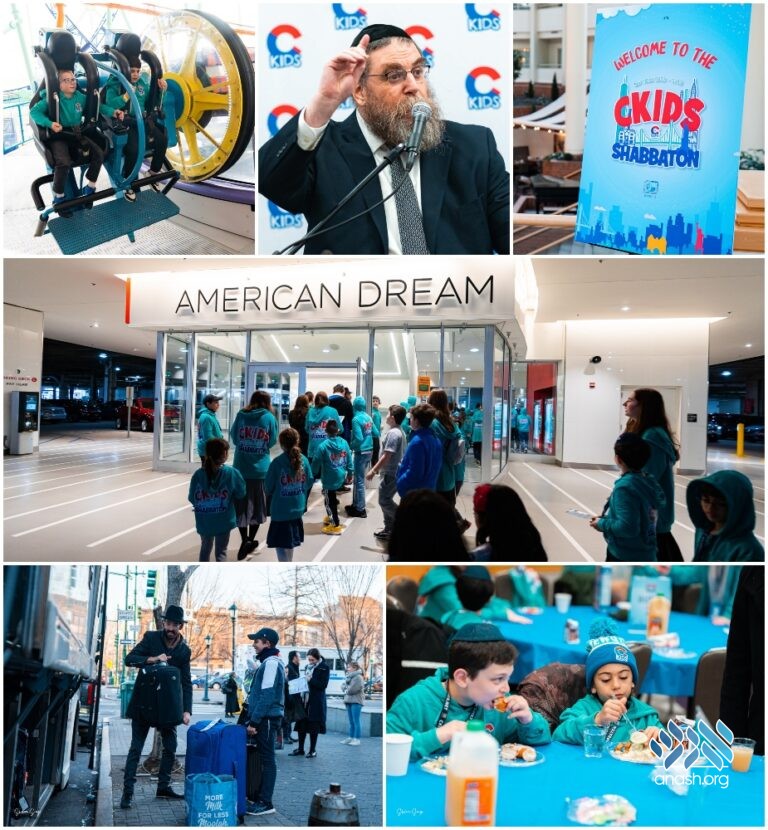 For months, kids around the world have been counting down to this unforgettable experience—the CKids JewQ Shabbaton.

Ilan Strelec, a 4th-grader from Cali, Colombia, has never been to a Shabbaton before. “I’m not exactly sure what to expect, but it seems really exciting,” He traveled almost 8 hours by plane to get to the CKids Shabbaton in Princeton, New Jersey, studying the Living Jewish JewQ textbook the entire time, of course.

From Argentina to Colombia to Canada, and of course all over the United States, kids are arriving at the Hyatt Regency in Princeton, New Jersey, to experience the Shabbos of a lifetime. Ilan is just one of the hundreds of kids who are coming together for the grand finale of this year’s International JewQ Torah Championship.

This year, Tzivos Hashem soldiers are also included in the celebrations—any kid who’s completed at least 100 missions qualifies for a spot. Eliah Hakimi from Silverstein Hebrew Academy in Great Neck, NY, is one of those kids—he’s one of the first sergeants in the program! He says, “I love being a soldier in Hashem’s Army! It makes doing mitzvot so much fun.”

Today’s program opened up with a bang as a surprise kosher ice cream truck pulled up to the hotel. That was followed by a trip to the new American Dream Mall, where kids had a blast at the extremely popular Nickelodeon Universe theme park—proudly wearing their JewQ Shabbaton sweatshirts, of course. The whole schedule and program are the product of weeks of hard work by the CKids team at Merkos 302, led by Rochel Danzinger.

As a busy first day leads into Shabbos, Rabbi Zalmy Loewenthal, CKids director, is looking forward to inspiring meals full of singing, divrei Torah, and meaningful conversations. “As much as the kids are gaining from this Shabbaton,” he says, “the parents are also in for a treat.”

Building on the success of previous years, Rabbi Mendy Kotlarsky, executive director of Merkos 302, the organization behind CKids, knows the power of one Shabbos. “These kids’ lives will be impacted forever,” he says.

Kids and parents alike are looking forward to Sunday’s global Torah championship competition, when the elite championship winner will be announced. To watch the program live, tune in Sunday at 11:00 am at chabad.org/jewq