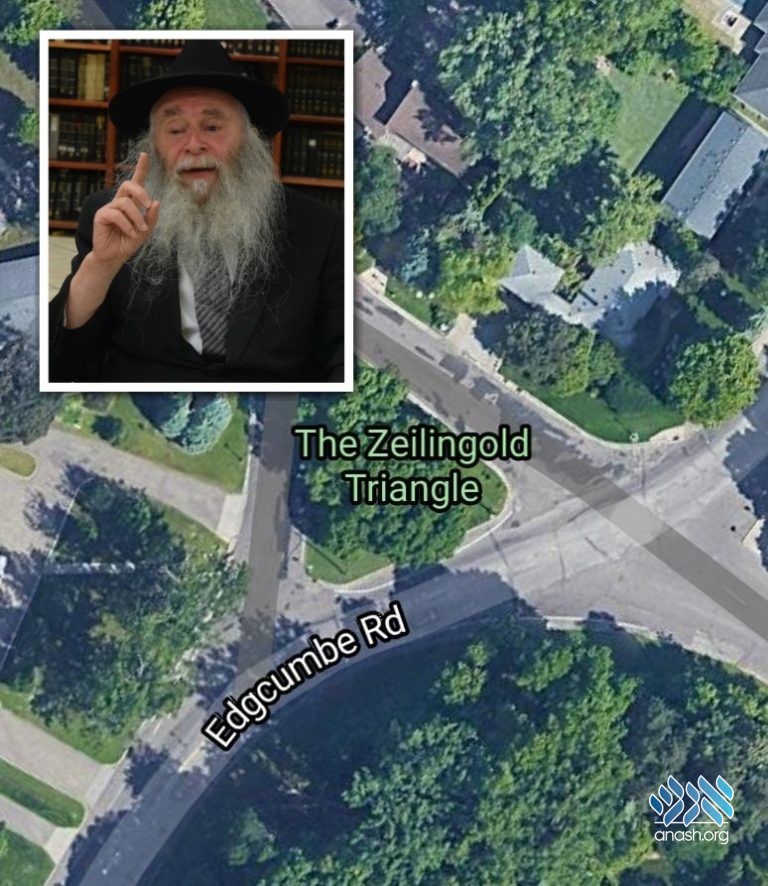 The city of S. Paul, Minnesota will be naming a small park near the Chabad Shul ‘The Zeilingold Triangle’ in honor of the Rov of close to six decades, Rabbi Asher Zeilingold. A ceremony will be held after the summer.

In a beautiful tribute to a a rov who has been serving for close to six decades, the city of S. Paul, Minnesota, will be renaming a small park near his shul in his honor.

Rabbi Asher Zeilingold has served as the Rov of Adath Israel Congregation in S. Paul, Minnesota for 57 years. Sent to Minnesota, along with his wife Mrs. Sima Zeilingold a”h, by the Rebbe, Rabbi Zeilingold led, and continues to lead, the community faithfully.

Only steps from his shul is a small park, which serves as a traffic divider. Community members are all familiar with the divider, officially known as the ‘Bohland Triangle’. Children run across the grass or snow on their way to shul, and adults enjoy the shade provided by the trees.

Recently, in recognition of the decades of service of Rabbi and Mrs. Zeilingold to their community, and to the city as a whole, the City of S. Paul decided to rename the small park as the ‘Zeilingold Triangle.’

The board of directors of Adath Israel Congregation informed the community of the new development and upcoming plans.

“We are pleased to announce of something very special and meaningful that is being arranged. As you are aware, adjacent to our shul where Edgcumbe turns into Fairview, there is a grassy triangle/divider. This area has been officially renamed ‘The Zeilingold Triangle.'”

Besides for renaming the area, the city plans on putting a plaque with the new name, and placing two benches on the site to make it into a place where people can sit and relax and talk.

Board members told Anash.org that an official ceremony renaming the park is being planned as well, and will be sometime in Elul, after the summer.

VIDEO: Rabbi Zeilingold tells over memories of his 57 years on Shlichus