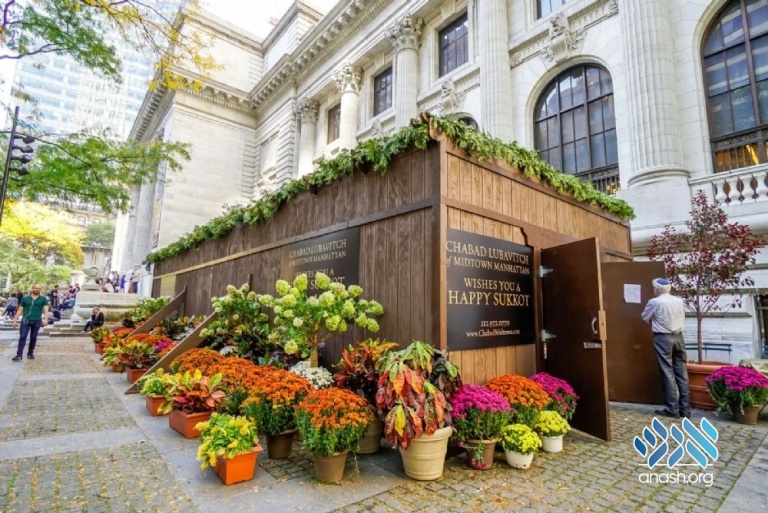 Councilman Chaim Deutsch, Chairman of the Jewish Caucus at the City Council, worked with Pinny Ringel, the Community Affairs Unit Liason for Mayor Bill de Blasio, as well as with NYPD Inspector Howard Redmond, Speaker Corey Johnson, and members of the NYC Council’s Jewish Caucus – in close partnership with Rabbi Shmuel Butman of the Lubavitch Youth Organization – to arrange for the sukkah to be built in front of the entrance to City Hall on Broadway.

The City Hall sukkah will be open during the days of Chol Hamoed, from Wednesday, October 16th through Sunday, October 20th.

Jewish Caucus Chairman Chaim Deutsch said, “I am immensely grateful to Mayor de Blasio, Speaker Corey Johnson, the NYPD, and the Lubavitch Youth Organization for working together to erect a City Hall sukkah that is open to all New Yorkers. The entire Jewish Caucus is eager to welcome our neighbors and friends to visit our sukkah and learn all about the Jewish holiday of Sukkos.”

The City Hall sukkah will be located across from 250 Broadway, in front of the Broadway entrance to City Hall.