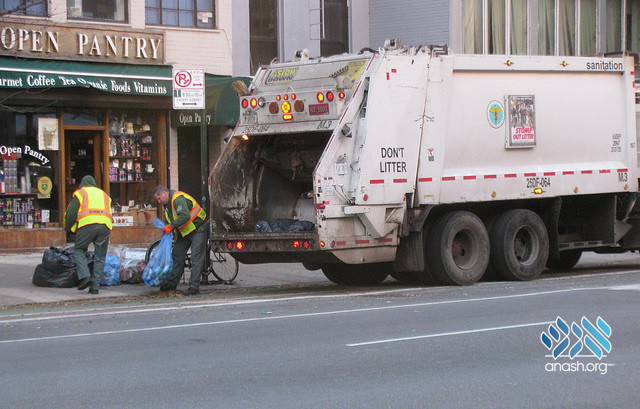 You already pay for your electricity, gas and water, but what about paying for the privilege of putting your garbage out on the curb for collection? That’s one of the creative new ideas the city’s Independent Budget Office is considering.

In its quest to find ways to save money for the city and reduce pollution, the IBO has offered up a number of new policy proposals, though the office cannot implement them and is merely offering them for the public’s and lawmakers’ consideration.

The headline-grabbing idea coming out of the IBO is the suggestion that the city charge households for the amount of garbage they produce that isn’t recyclable, which they estimate will bring annual savings for the city to the tune of $367 million.

By their estimate, the average household would have to pay about $107 a year, and if the policy’s aims were successful and the garbage output was reduced, so would the bill.

Potential problems with implementing the idea, aside from the possibility of public outrage, would be dealing with apartment buildings, which a majority of New Yorkers reside in, where the garbage from multiple households is put out together for collection. However, the IBO says that the program might still be worth implementing in one- to three- family houses.

There is also the risk of the unintended consequence of a spike in illegal dumping, which could create its own host of problems and costs for the city.

The IBO has also suggested placing a $15 fee on large items put out for collection that aren’t recyclable, such as couches, mattresses and furniture. Other ideas include a carbon tax, a stormwater utility fee, and fining drivers idling in their cars.