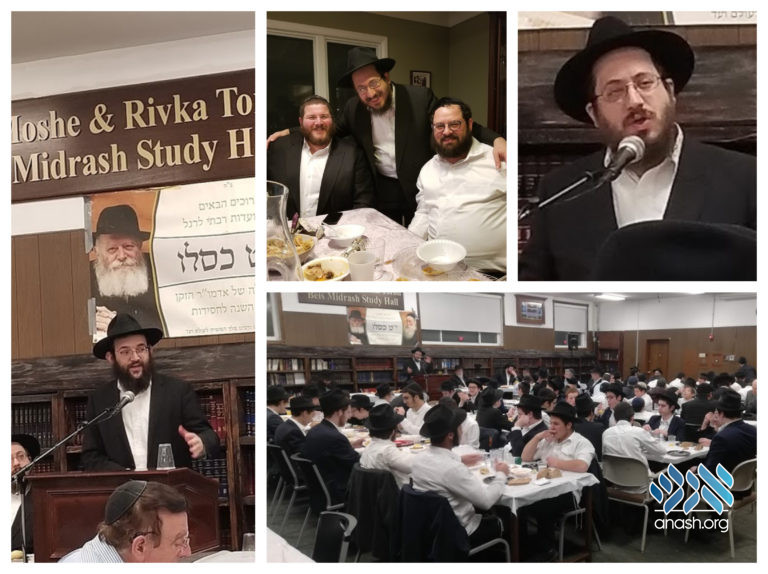 Yeshivas Lubavitch of Cincinnati hosted a farbrengen for the local community and nearby shluchim.

Yeshivas Lubavitch Cincinnati, under the leadership of Rabbi Gershon Avtzon,  hosted their annual 19 Kislev farbrengen for the local community and shluchim in the midwest.  The evening began with maariv and a video of the Rebbe. The kehilla then sat down for a seuda and farbrengen in the Beis Midrash.

The story of Yud Tes Kislev was told over by Hatamim Moshe Golomb and a siyum was made by Rabbi Eliyahu Simpson on Masechta Eiruvin.  The keynote address was given by Rabbi Chaim Capland of Colombus, Ohio . A local friend of Chabad, Dr. David Caplan, spoke of his journey towards Chabad and the powerful affect of chassidus.

During a farbrengen led by Rabbi Simpson, the niggunim of the Yom tov were sung, followed by joyous dancing. Everyone present took on hachlatos, including Chalukas Hashas, and all were inspired to increase their efforts to be mekabel pnei mashiach tzikeinu.

A special thank you to Rabbi Eliyahu Morrison for arranging the event.