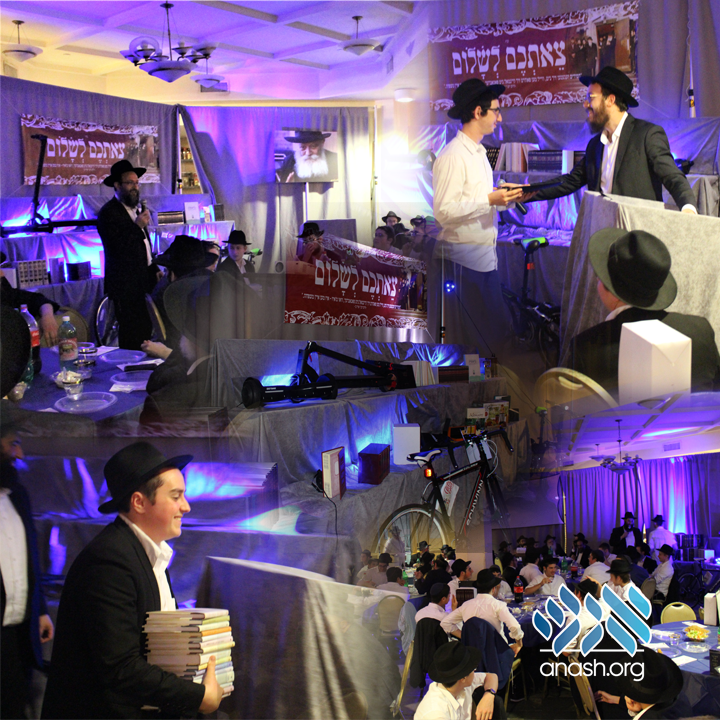 The program began with a video of the Rebbe saying a sicha about making vacation time productive. Following the video, menahel Rabbi Menachem Minsky addressing the Yeshiva bochurim with words of appreciation and chizuk.

Throughout the year, the bochurim have been busy with various mivtzoim organized by shluchim Moshe Brand, Simcha Haberman, Levi Parnas, and Shmulik Zilberman.

The highlight of the event was a grand auction of 23 prizes. Over the year, bochurim worked tirelessly to memorizethe Hayom Yom and for which they accumulated “rubles” to bid with. The grand prize, won by Hatamim Menachem Mendel Zevulonov was an original Ksav Yad of the Rebbe.

After this, the bochurim who participated in the Vihagisa Program were awarded certificates and checks presented by Rabbi Eliyahu Simpson and Rabbi Eliyahu Labkowsky. The program is centered around learning Gemara and Shulchan Aruch.

Thanks to a generous gift sponsored by R’ Dovber Nachmen Sperlin, each bochur received his own set of seforim as a memento from a great year.