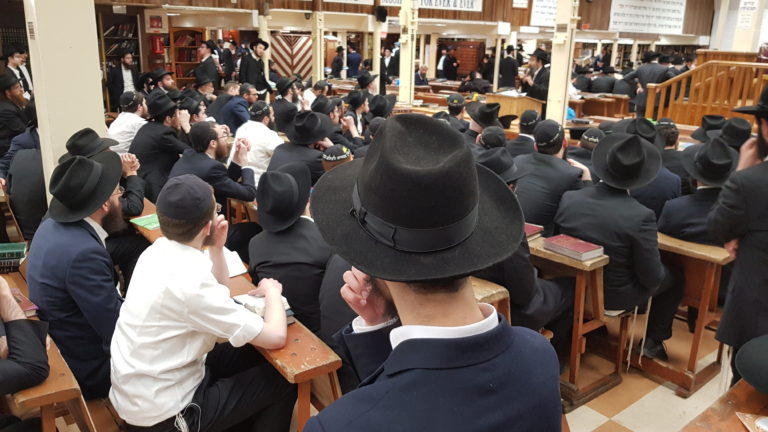 In light of the Rebbe’s directive to have a Kinus Torah during Chol Hamoed, a special kinus took place on Wednesday in the main shul in 770.

The kinus took place between Mincha and Maariv, and continued after Maariv. It was notably addressed by Harav Yosef Y. Braun.

The second kinus Torah will take place as usual on Isru Chag. The Rebbe would partake of the Isru Chag kinus by saying a particular sicha as his contribution during the last farbrengen on the Yom Tov before.

Click here to listen to the shiur by Harav Yosef Y. Braun regarding one who recites the wrong brochoh during lighting Shabbos or Yom Tov candles.