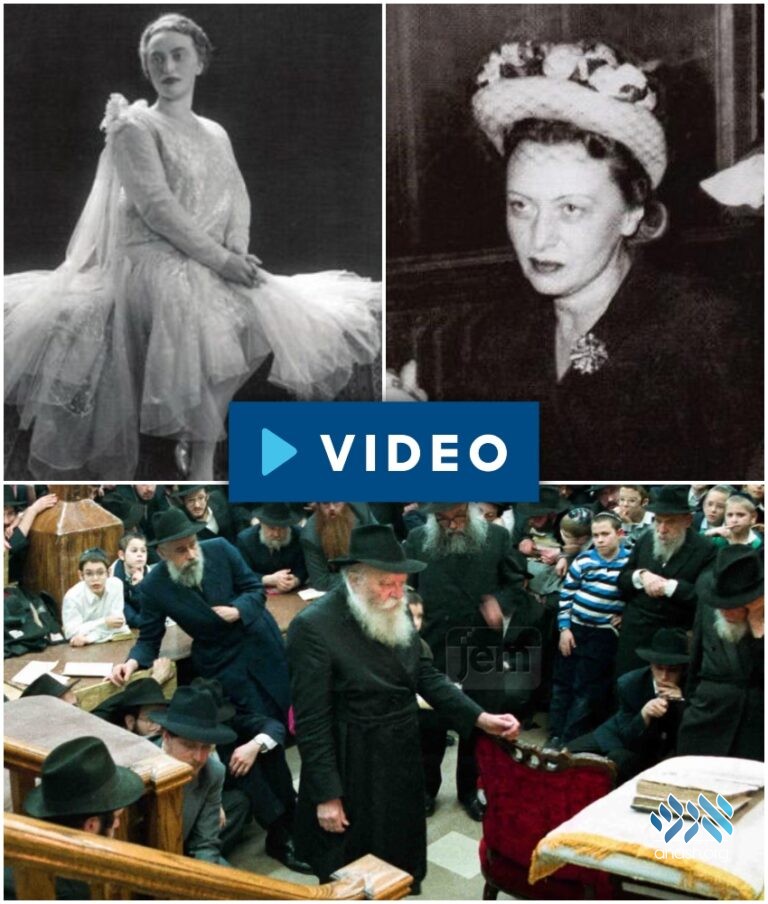 Monday, Chof Beis Shevat, marks 34 years since the passing of Rebbetzin Chaya Mushka Schneerson, daughter of the Frierdiker Rebbe and wife of our Rebbe.

Rebbetzin Chaya Mushka Schneerson was born on 25 Adar, 5661 (1901) and was named Chaya Mushka after her great grandmother, the wife of the Tzemach Tzedek. As a young teenager, World War I forced her family to flee from Lubavitch for Rostov, where in 1920, her father Rabbi Yosef Yitzchak Schneerson became the sixth Rebbe of Lubavitch.

In 1924, due to increasing dangers for the Jews in Rostov, she and her family moved to Leningrad. In 1927, at the age of 26, her father was imprisoned for his efforts to keep Yiddishkeit alive, and she joined in efforts for his release. The Frierdiker Rebbe’s death sentence was first commuted to exile, and Chaya Mushka accompanied her father to Kostroma. After his release, the Schneersohn family left the Soviet Union and moved to Riga, Latvia.

In 1928, the Rebbetzin married Rabbi Menachem Mendel Schneerson (Ramash) in Warsaw and then moved to Berlin. With the Nazis’ rise to power in 1933, the couple fled to Paris where they remained until 1940, when the Nazis invaded the city. They were fortunate to receive passage to the USA on the Serpa Pinto, which turned out to be the last boat to leave.

Her younger sister Shaina and her husband Rabbi Menachem Mendel Horenstein remained trapped in Poland, where they suffered the fate of six million fellow Jews HY”D.

In 1950, the Frierdiker Rebbe was nistalek and in the year that followed, the Ramash was reluctant to accept the nesius. It was only through the Rebbetzin’s encouragement that he accepted upon himself the leadership of the Lubavitch movement, which the Rebbetzin’s father himself had been totally dedicated. She understood what it meant and the life she would have, and she chose to give her beloved husband over to be dedicated, like Moshe in his generation, to the total care of overseeing the Jewish People.

During the court case held against her husband over ownership of the Chabad Library, the Rebbetzin testified for the federal court, saying, “My father, along with all his books, belong to the Chassidim.”

Rebbetzin Chaya Mushka passed away on 22 Shvat 5748 (1988) and was buried next to her mother and grandmother and near her father in the Old Montefiore Cemetery in Queens, NY.

A special site filled with many resources for you to mark Chof Beis Shevat with your family, community or school including articles in English and Hebrew, Mishnayos, videos, and many links of suggested learning is available at www.OrVechom.com/ChofBeisShevat.

Watch “Vignettes of Royalty”, a brief film about the Rebbetzin created by JEM.