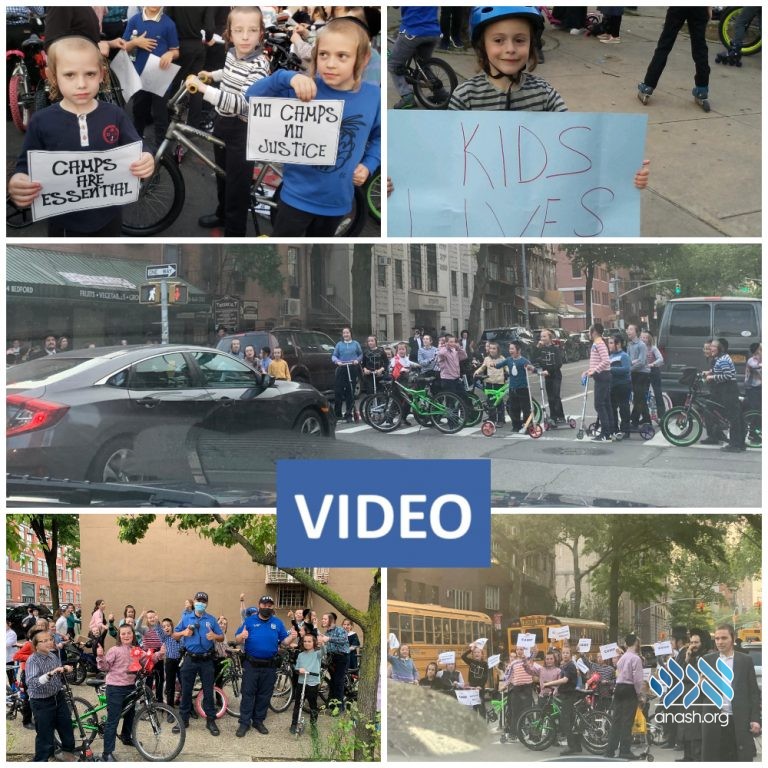 Hundreds of young Jewish children took over the streets of Williamsburg and Boro Park, calling on Andrew Cuomo and Bill de Blasio to open sleepaway camps and parks.

Hundreds of young Jewish children took over the streets of Williamsburg on Thursday, calling on Andrew Cuomo and Bill de Blasio to open sleepaway camps and parks.

An NYPD community affairs officer directed the protesters as they rode on their bikes and scooters along Bedford Avenue, Taylor Street and Lee Avenue/.

The kid protestors chanted “We want camp, we want camp,” and held signs that say “No camps, no justice” and “Kids Lives Matter” as they rode on the sidewalks and through traffic.

When asked what they are planning to do for the summer if they are not allowed to go to their camps, the kids said they might just spend their entire time out on their bikes and protesting.

Another protest was held in Boro Park where 200 children gathered to peacefully protest the unnessacary closures of public parks. Governor Andrew Cuomo has already said the state is allowing localities to reopen playgrounds but Mayor DeBlasio is still keeping them closed “out of an abundance of caution”.

The children gathered at the park on 18th Avenue between 55th and 56th Street, holding signs stating “Kids Lives Matter”, “Open Up Our Schools” and “We Need Camp”.

More protests are scheduled for this afternoon.