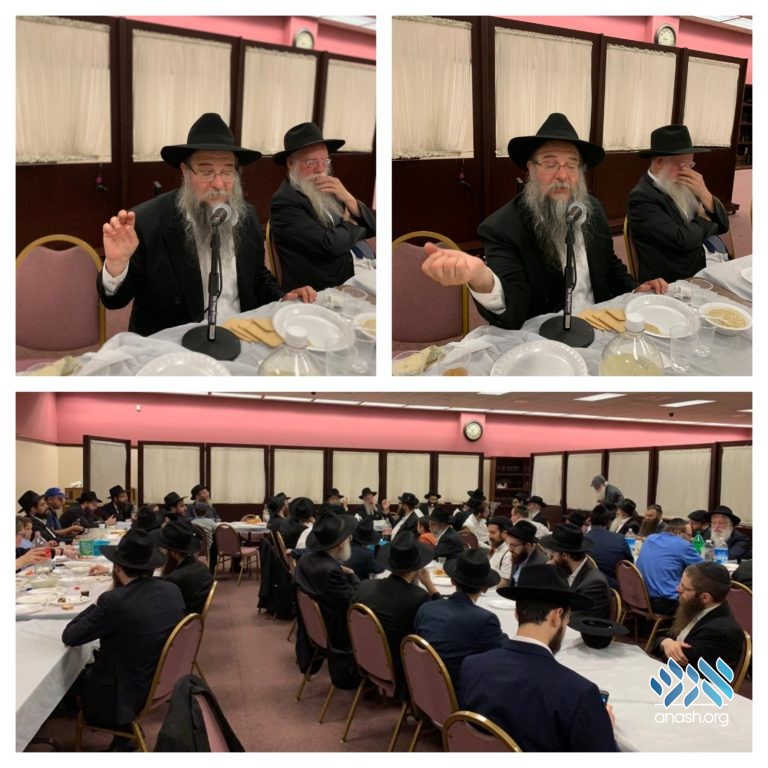 Rabbi Avrohom Sternberg, shliach in New London, Connecticut, was the featured guest Tuesday evening at the Chicago farbrengen in honor of Chof Av, the Yom Hahilula of Rav Levi Yitzchok Schneerson, the Rebbe’s father. The farbrengen was hosted by F.R.E.E. of Chicago, led by shliach Rabbi Shmuel Notik. It was co-sponsored by Beis Menachem, Bnei Ruven and Lubavitch Chabad of Illinois.

Rabbi Sternberg expounded on the idea that the Rebbe spoke about on Chof Av 5739/1979, forty years ago. That the mesiras nefesh of the Rebbe’s father is something we can learn from even within the confines of America. That we too can fulfill the commandment that the Eibershter told Avrohom Avinu: Lech Lecha Me’Artzecha, that during the times that we set aside for learning we have nothing else in the world. We are totally cut off from the worries of Olam HaZeh and totally dedicated to Hashem and his Torah.

Torah is our life force. It’s the air we breathe. Just like we don’t suffice with a minimum of breathing, so too can we not suffice with a little bit of learning. It needs to happen on a daily basis and in a way of total dedication, until mesiras nefesh!