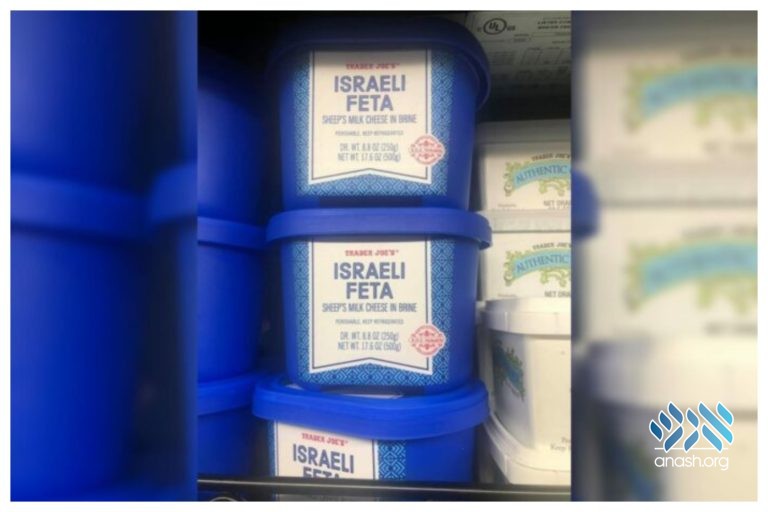 A pro-Hamas professor’s call to boycott Trader Joe’s over Israeli feta cheese resulted in Israeli products flying off the shelves in dozens of stores.

Hatem Bazian, a lecturer at UC Berkley who has expressed support for Hamas, compared Israel to Nazi Germany and claimed that Jewish history in Israel is a “mythical past,” tried to boycott Trader Joe’s last week but it didn’t work out exactly as he had hoped, Ynet reported on Monday.

“Trader Joe’s is having Israeli Feta on its shelves!” Bazian wrote on Facebook. “One more reason to stop shopping at the store.”

Joe Zevuloni, an Israeli-American businessman and anti-BDS activist who lives in Miami, spotted the post and wrote to his 35,180 followers on his Facebook page, which he calls “Tzava Ha’hasbara L’Yisrael (Propaganda Army for Israel): “I need you to support me! This anti-Semitic Israel hating professor from UC Berkeley tagged Linda Sarsour in his post calling to boycott Trader Joe’s supermarket chain due to the Israeli feta cheese sold there.”

“Go to his page and don’t forget to tell him that in his merit we’re all davka going to buy from the chain he publicized which sells Israeli products,” Zevuloni urged his followers.

American Jews and Israelis in the US responded to his call, posting pictures and videos of themselves shopping at Trader Joe’s and buying packages of the cheese. Within hours, the shelves of several branches of Trader Joe’s were emptied of Israeli feta cheese.

But that fact didn’t deter anyone and supporters of Israel bought other “made in Israel products” instead, including Bamba, techina and croutons.

Bazian was “delighted” to receive hundreds of pro-Israel comments on his post and dozens of Israeli flag emojis.