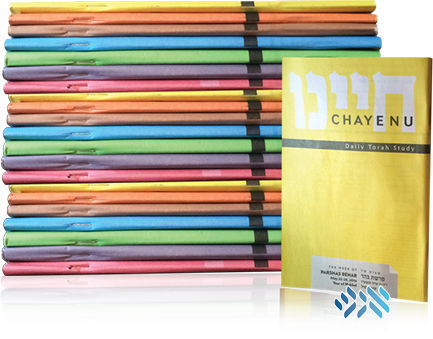 This week marks ten years since the first edition of Chayenu was printed and distributed.

From its humble beginnings as a fledgling publication with a few hundred readers, Chayenu has grown into a universal phenomenon, spanning the depth of Torah study, and the breadth of the English speaking Torah world.

In 5776/2016, Chayenu launched a digital app for Android and IOS, making Chayenu instantly accessible around the world. Today, Chayenu boasts a daily readership of over 22,000!

As the publication celebrates its 10th anniversary, they are not satisfied with past success. Instead, they are planning initiatives which they hope will put Chayenu on a track to reaching a readership of 100,000 in the near future. Their goal is to put the daily words of Torah and our Rebbeim into the hands of as many Yidden as possible.