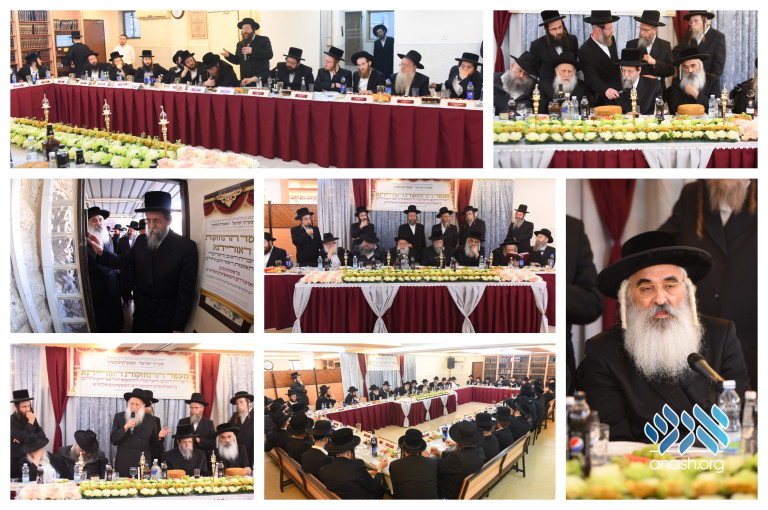 On Tuesday 8 Sivan the heads of all fifty kolelim Tiferes Shimshon in Eretz Yisroel gathered at the Mayonei Yisroel shul in Yerushalayim for a day of recognition and strengthening of the institutions.

The meeting was graced by the presence of the Boyaner Rebbe and the Rebbe of Dushinsky chassidus, both of whom have recently instituted the learning of chassidus within their own kolel systems at the behest of the head of the kolelim, Rabbi Dovid Fisher.

Other guests included the mashpia Reb Zalman Gopin, who has been involved in guiding the kolelim and the Mayonei Yisroel network of shiurim since its inception. R’ Eliyahu Schlossberg and R’ Chaim Yankel Lebovitch, two long time supporters of Mayonei and the chassidus kolelim, were on hand to support the kolelim as well.

The kolel network was founded by Rabbi Dovid Fisher in honor of his father Reb Simshon. To date, hundreds and hundreds of yungeleit from non-Lubavitch backgrounds have discovered the wealth of Chassidus Chabad through the efforts of the chassidus kolelilm all over Eretz Yisroel.