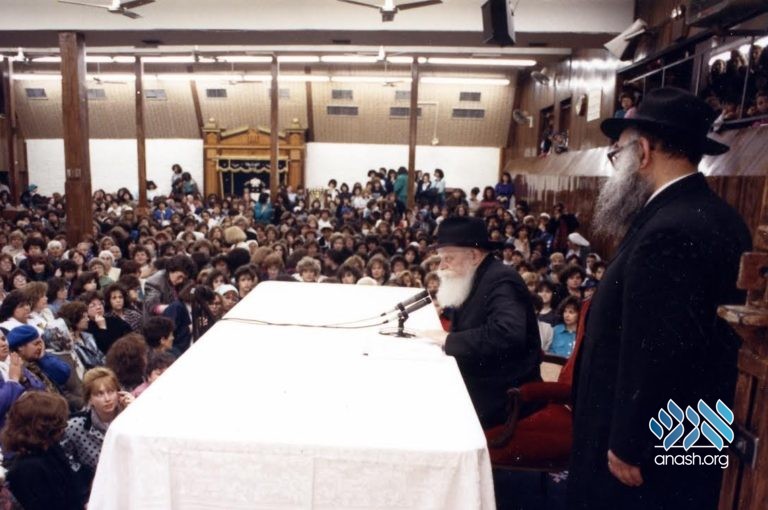 A Moment with the Rebbe: In a yechidus, the Rebbe told Mrs. Rachel Farkash that she must learn from her Yerushalmi grandfather and act with resolve.

The zealous Yerushalmi leader, Reb Amrom Bloi, famously led a battle for Yiddishkeit in Yerushalayim with aggressive resolve. He was assaulted and also placed in jail, yet he made sure that Torah’s message would be known.

When his granddaughter Mrs. Rachel Farkash was in yechidus in Tishrei 5740 (1979), the Rebbe told her that he had corresponded with her late grandfather, and that he learned Chassidus, including Likkutei Torah.

“His method was firm. And he was successful, not only with his family, as we see, but also with his surroundings.

“Therefore, since you are his granddaughter, you should use the same resolve to publicize that women are obligated in the mitzvos of ahava and yira (love and fear of Hashem). Since the Rambam rules that the way to achieve these is through contemplation, women are therefore obliged to learn Chassidus.

“This should be proclaimed with determination!”