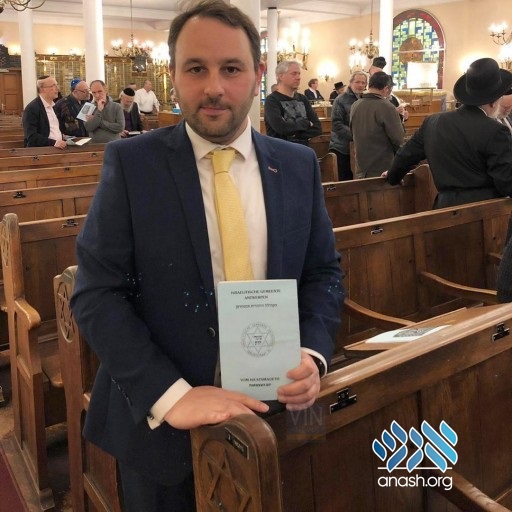 It was one for the record books in Belgium as the country elected its first frum Jew to Parliament. Michael Freilich ran on a ticket headed by Antwerp Mayor Bart De Wever.

Freilich’s win in the Flanders region of the country was part of a significant victory for the right wing New Flemish Alliance (N-VA) party.

Freilich recorded his victory message in both Yiddish and Flemish, thanking his supporters and acknowledging his personal responsibility as the first religious Jew to win a parliamentary seat.

The 38 year old Freilich announced his candidacy in January, retiring as editor of the Belgian-Jewish newspaper, Joods Actueel, a position that he held for 12 years.

Freilich says he threw his hat in the political ring out of growing concern for issues that affected Belgium’s Jewish community, including a ban on shechita and terror attacks on Belgian soil perpetuated by extremists.

“Do you find it normal that heavily armed soldiers still have to patrol near my children’s school?” asked Freilich, an Antwerp resident and the father of four boys.

On his campaign website, Freiich called for an end to anti-Semitism, stronger immigration policies, strengthening the economy and preserving Belgium’s European heritage and culture based on Western values.