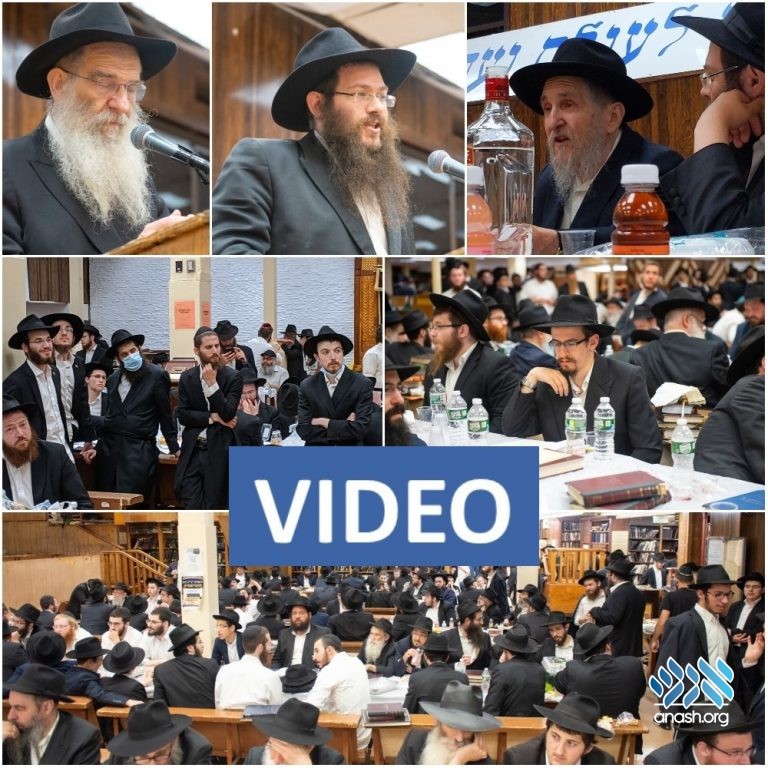 The 12-13 Tammuz farbrgengen at 770 was a memorable one, with R’ Itche Mishulovin saying l’chaim and farbrenging for many long hours, recounting his time in Soviet Russia with R’ Mendel Futerfas and his encounter with Harav Moshe Feinstein.

Chassidim gathered in 770 on Sunday night to celebrate 12-13 Tammuz, the 93rd anniversary of the Frierdiker Rebbe’s release from jail in Soviet Russia.

Attendees say that the farbrengen was a memorable one. Following the official program, the assembled sat to farbreng with R’ Itche Mishulovin, who related memories of his years in Soviet Russia, together with renowned chassidim.

R’ Itche related how he used to go to the farbrengens of R’ Mendel Futerfas in Russia on Yud Beis Tammuz, and how they used to farbreng a whole night long while in hiding.

R’ Itche also told of other memories of Russia and the chassidim with whom he spent his youth with. He also told over of his encounter with Harav Moshe Feinstein, to whom the Rebbe sent Russian chassidim after they arrived in America. When Reb Moshe asked the chassidim how they had kept their yiddishkeit under the oppressive arm of the Soviets, one of the chassidim simply told him “What other choice did we have?” Hearing that, Reb Moshe, himself a victim of Soviet oppression, burst out into tears.