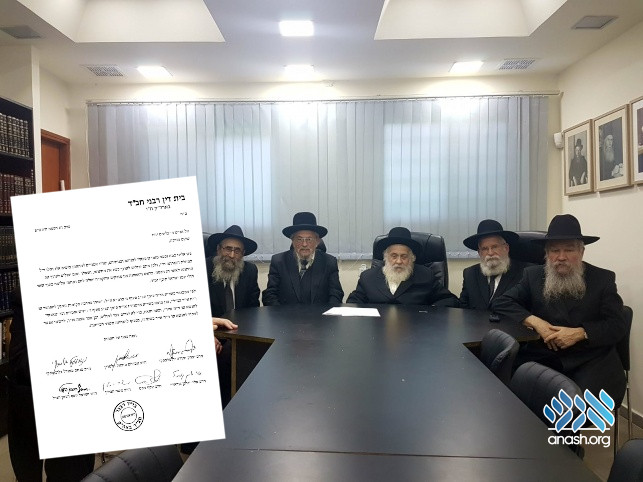 Beis Din Rabbonei Chabad in Eretz Yisroel has issued a rare ruling allowing those whose weddings were postponed because of coronavirus, to get married until Rosh Chodesh Iyar.

Beis Din Rabbonei Chabad in Eretz Yisroel has issued a rare ruling, allowing those whose wedding was postponed because of coronavirus, to get married until Rosh Chodesh Iyar.

The unusual psak, refers only to the cases in which weddings originally scheduled to be held between Purim and Pesach, were postponed because the chosson or kallah were infected with the virus.

The Rabbonim wrote “We have been contacted by several members of Anash about their sons and daughters, who were supposed to be married these days, but became infected with the coronavirus, and were therefore unable to hold the wedding, and asked if they can have the wedding after Pesach. First and foremost, we paskan that Heshem should send them complete recovery together with the rest of the Jewish people in need of a Refuah Shleima.”

It should be noted that the psak does not apply to people who got engaged during the epidemic.