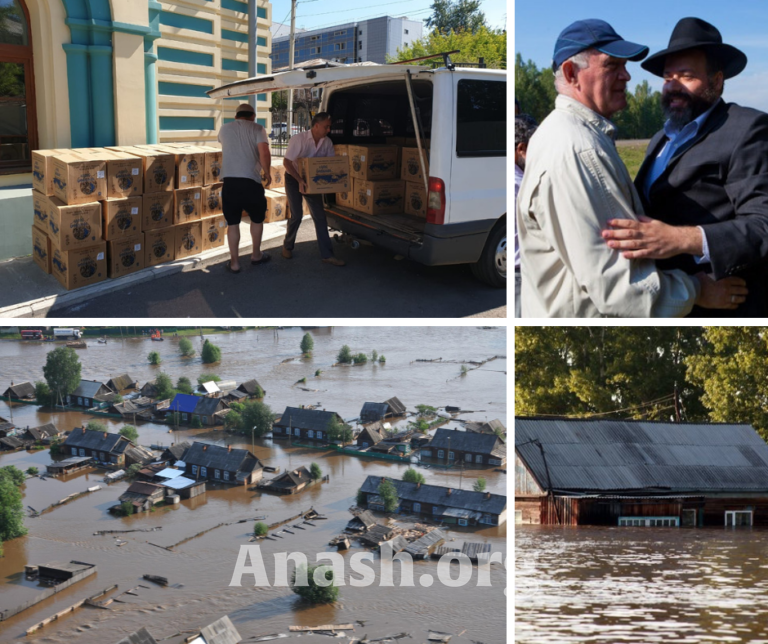 Fifteen people were killed and thousands more displaced as a result of flooding in the Irkutsk district of Siberia, near the border with Mongolia, with the biggest flooding in the cities of Nizhnyudinsk and Tulin.

When news about the disaster spread, the large Jewish community in the city of Irkutsk, led by the city’s rabbi and Shliach Rabbi Aharon Wagner, organized a large number of Jewish communities in these areas. At the initiative of Rabbi Wagner, food and drink shipments were sent to the disaster areas, which caused a great Kiddush Hashem.

Chief Rabbi of Russia, Rabbi Berel Lazar, was informed by Rabbi Wagner, that the ancient shul in the city of Nizhnyudinsk, which has been standing for hundreds of years, and is located only a few meters away from the flooded river has not been damaged. Although, many houses around them were swept into rubble.

However, the ancient Beis Olam in the town of Toulan, where tzadikim from Riminov are buried, was unfortunately flooded with water.