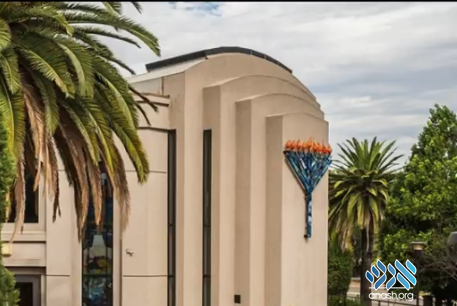 The Chabad of Poway synagogue applied for a federal grant to install gates and more secure doors to better protect that area. The $150,000 was approved in September but only got awarded in late March.

“Obviously we did not have a chance to start using the funds yet,” Rabbi Simcha Backman told The Associated Press.

Backman, who oversees security grants for the 207 Chabad institutions across California, declined to provide details on the planned security enhancements or to speculate whether they might have changed the outcome of Saturday’s attack.

The shooter killed a woman and wounded an 8-year-old girl and two men — one of them the rabbi presiding at the service on the last day of Passover, a major Jewish holiday.

Backman said the synagogue north of San Diego is considering asking authorities to allow some of the money be used to hire security guards, which it doesn’t have now.

After a gunman massacred 11 people at the Tree of Life synagogue in Pittsburgh last October, rabbis of California’s Chabad organization, including at the Poway synagogue, began asking members who were trained law enforcement professionals to carry their weapons at services, Backman said.

The congregation also received training from the city of Poway on how to respond to an active shooter, and the rabbi applied for a concealed carry permit.